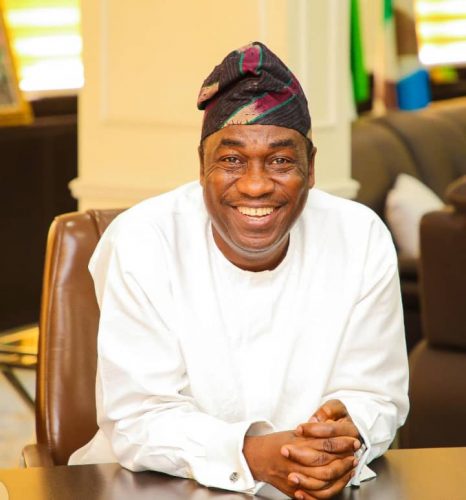 In a statement on Sunday by his Chief Press Secretary, Jumu’ah Abiodun, Odunmbaku joined family members and fellow Lagosians to celebrate with the deputy governor.

He stated that his legacy of setting the Centre of Excellence on the path of robust 21-century technology during his time as the State Commissioner for Science and Technology has continued to yield results.

The council boss congratulated Hamzat for another age and appreciated his loyalty to the All Progressives Congress (APC) and the “THEME” agenda of Mr Babajide Sanwo-Olu led administration.

“On behalf of my family, Legislative arm, management and staff and the good people of Ojodu LCDA, I join others to felicitate with our Deputy Governor, Dr. Obafemi Hamzat.”

“He’s a loyal party man, technocrat and politician with a vision of digitalising Lagos State, what else can we wish him than to witness more of today in life.”