NBA Official Criticizes Judges, Lawyers for Violating Territorial Jurisdiction and Calls for Disciplinary Steps against Them- The Legend News 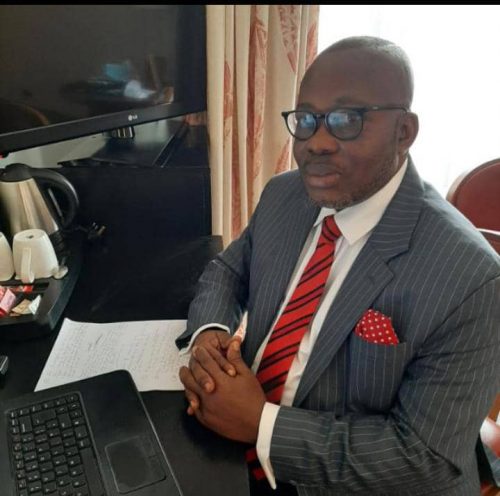 A week after Justice Chioma Nwosu-Iheme of the Court of Appeal in Awka openly criticized two State High Court Judges in Jigawa and Imo for allowing lawyers to use their courts for what is known in legal circles as forum shopping, a national official of the Nigerian Bar Association (NBA) has expressed support for punitive actions against the judges and the lawyers involved in the cases.

Dr Monday Ubani, Chairman of the NBA Section of Public Interest and Development Law (SPIDEL), said today in a statement in Lagos signed by Joseph Igwe of Ubani and Co that he shared Justice Nwosu-Iheme’s view that both Justice Musa Ubale of the Jigawa State High Court at Birnin kudu and Justice B.C. Iheka of the Imo State High Court in Owerri should be brought before the National Judicial Council (NJC) to show cause why they should not be disciplined for professional misconduct over their involvement in the Anambra State governorship dispute as regards the leadership of the All Progressives Grand Alliance (APGA), the ruling party in Anambra State which had on June 23 nominated Professor Charles Soludo, the former Central Bank of Nigeria governor, as its candidate in the November 6 gubernatorial election in the state.

The legal practitioners, especially the Senior Advocates of Nigeria (SANS), who brought the cases before them should be sanctioned for professional misconduct, too, according to the SPIDEL chairman.

The Court of Appeal in Awka and the Anambra State High Court in Awka had issued orders to the National Electoral Commission (INEC) to recognize Soludo as the APGA candidate based on his winning almost 94% of the votes at the party’s congress of June 23, but the State High Court at Birnin Kudu, Jigawa State, a court of equal jurisdiction, on June 30 gave a declaratory judgment directing the electoral commission to accept Chukwuma Umeoji, who had earlier in the month been disqualified from the primary election by the APGA Screening Committee, as the party’s candidate.

The Imo State High Court was to issue a similar order on July 30 even without hearing from the APGA chairman recognized by INEC, as the Jigawa court did.

Declared Dr Ubani: “We insist that disciplinary measures, as recommended by Her Lordship, be commenced by the authorities in the NBA and the NJC to act as a check to the incessant embarrassment the legal profession is currently facing in all spheres, and caused by those who are supposed to know and observe the ethics of the profession, whether at the Bar or on the Bench”.

The legal activist has harsh words for Anambra politicians for not having minimum standards of behavior in their pursuit of power, calling them the most litigious in the country since the inception of democratic rule in 1999.

“There are reported instances where parties in cases already decided by the Supreme Court have re-approached the Supreme Court, the highest court in the land, to set aside its own decisions”.

Some politicians from the state have actually gone as far as the Ecowas Court of Justice in a desperate move to acquire political power.

The NBA official described the refusal of lawyers, including SANs, to such politicians to advise their clients properly as “shocking and increasingly disgusting, with the resultant effect of cases of a more bizarre nature being filed regularly with impunity by this category of lawyers”.

Former President Goodluck Jonathan is one of prominent Nigerian leaders who have criticized the gross abuse of the judicial process by Anambra politicians, especially during elections.

Commending Justice Nwosu-Iheme for upholding the public good with her pronouncement on forum shopping by lawyers to Anambra politicians, the NBA SPIDEL chairman said, “We can heave a sigh of relief knowing full well that there are still persons in Nigeria that can stand and speak truth to power.