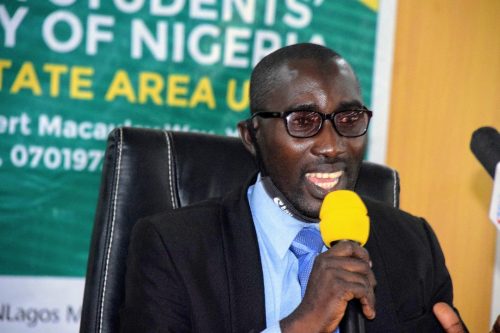 The Muslim Students’ Society of Nigeria, Lagos State Area Unit has urged youths in the country against social vices.

The student organisation said this in a statement by its Amir (president) Mallam Miftahudeen Thanni, on Thursday, to commemorate the 1443AH Islamic new year and International Youths Day.

Thanni also called on the government to intensify efforts to end insecurity in the country, noting that putting a stop to illicit shows, among which is BBNaija, on television is a part of that.

While congratulating Muslims over the New Year, Thanni commended governors who declared public holidays for Hijrah.

He, however, berated the Lagos State Governor, Babajide Sanwo-Olu, for not declaring a work-free day.

Thanni also expressed concern over the hosting of the BBnaija show at a location in Lagos, a situation he described as “unfavourable for youths’ development in the state”.

He asked the Federal Government to ban Big Brother’s Nigeria (BBNaija) reality show over the danger it constitutes to youths.

This, Thanni said, “will be the best gift to mark international youth day.”

According to Thanni, the reality show has emerged as one of the Mostafa dangerous distractions confronting youths in the country.

He warned that the show would weaken the morality of youths, adding that banning it would send a strong signal to youths that government promotes modesty.

The Muslim students’ leader wondered why the government “pretended” not to know the danger of the “nude, irritating and soul-damaging” programme while some of its officials disturb, harass, intimidate female Muslims who use the hijab.

He said, “The show negates everything about morality. It is evil and a danger that could damage the strong moral foundation that many Nigerian societies are known for. It is the worst distraction for Nigerian youths.

“This immorality extends beyond just nude dressing to encouraging youths to sell their bodies to get fame and make money. We express our total rejection of the programme and call on the government to ban it.

Miftahudeen called on the Nigerian Broadcasting Commission and the Nigerian Content Development and Monitoring Board to live up to their expectations by scrapping the programme on moral grounds.

“Relevant broadcast authorities should pay attention to the damaging nature of this programme. It is ruining the lives of youths. If Nigeria is serious about fighting crimes, we cannot afford to leave this kind of programme unscrapped,” he added.