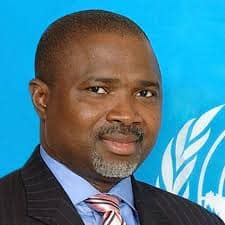 Dr. Uchenna Emelonye, is presently the Country Representative of the United Nations Office of the High Commissioner for Human Rights in Liberia, having served in the same capacity in Uganda. On these positions accredited at ambassadorial level in respective countries, he advocates and supports equitable, inclusive, participatory and gender sensitive good governance and sustainable development. In this interview, he speaks about insecurity, the Bar, his Keynote address at the recent Law Week of the Nigerian Bar Association Abuja (Unity Bar) and sundry issues. Excerpts.

Sir, your keynote speech focused on calibrating the response of the Bar in the current insecurity challenges in Nigeria. Why did you not focus on the government as was the intendment of the organizers of the law week? The reasons are self-evident. In the first place, my principal audience is not the government of Nigeria, but learned members of the Unity Bar. Secondly, it is very important to scrutinize the contribution and response of the Bar to the current insecurity because of the enormous powers Lawyers wield in the governance architecture of Nigeria. For instance, there has been more lawyers in the governance of this country since independence than any other profession. Out of the three arms of government, lawyers exclusively dominate and control one arm -the judiciary. Lawyers, over and above other profession often dominate the legislature numerically and most likely competitive in the statistical strength of the executive arm of government. In the power-hierarchy of the three arms of government, lawyers, to the exclusion of all other professionals dominate the most powerful arm of government with the exclusive power to nullify actions of the other two arms of government.

So are you alluding to the fact that the enormous powers of lawyers in the governance of this country must come with responsibility towards the nation and citizenry? Certainly, these enormous and strategic powers exercised by lawyers both at the Bar and on Bench in the governance of our country should come with some ‘Professional Social Responsibility’ and to some extent accountability to the populace. Lawyers are or ought to be the strongest pressure group in Nigeria because they are principal shareholders in the political victory of most, if not all politicians in Nigeria. Has it occurred to all of us that due to the way and manner our electoral system is structured, the preponderance of Nigerian politicians owe their electoral mandates not necessarily to the electorates, but to the legal or ‘street’ smartness of lawyers? In other words, lawyers are at the epicentre of every Nigerian politician’s conscience or gratitude. If that is the case, why have lawyers not leveraged on this rare privilege to pressure politicians to chart the country to the common good of all.Is it not evident to all of us that if lawyers do just one thing, stick to the strict application of the electoral laws and disregard the out of court and gratification orientated relationships with our judges, the candidates of choice of our respective constituencies will be validated or vindicated in our various election tribunals. By so doing, we would have our ‘first-eleven’ playing for all of us in all tiers of government, and consequently able to make impactful contribution to governance, including addressing insecurity in a holistic manner. Does it not occur to us as lawyers that we are vicariously responsible for the insecurity in our country due to our actions or inactions in the enthronement of politicians undeserving of their posts both in character and learning? Can’t the Bar make the necessary connection between the quality of successive leaders in Nigeria and the present insecurity in the country?

So what exactly can lawyers do in our present situation of insecurity? There are lots of options at the disposal of lawyers. To reclaim our lost grounds as a country, lawyers should retreat and apply their unique skill set and training to positively sway politicians within their sphere of influence to do the needful and not use it to impress upon judges to do the un-needful? Since lawyers are the star actors of one arm of government, they can show good example and initiate the much desired change from that powerful arm of government under our exclusive control.Despite the national pressure exertable on politicians by lawyers, there are numerous other international law mechanisms at their disposal to make the desired change in our polity. Under international law, the defense of territorial sovereignty is no longer tenable where there is gross violation of human rights within a territory by the government itself or other non-state actors. This legal window that has acquired the status of customary international law facilitates the Bar to rise to the occasion and activate the Responsibility to Protect (R2P) under international law. The trust of responsibility to protect, as approved by the United Nations is to the effect that every country has the responsibility to protect its population and where it fails, unwilling or incapable, then the residual powers would rest with the international community to take a “collective action” guided by the UN Security Council.

Are you insinuating that the Bar has lost its voice? Where is the voice of the Bar on contemporary national issues, including constitutional amendment, open grazing, ranching etc? Why is the Bar not providing much expected learned and thought leadership on these issues? Recalling that the level of insecurity is such that Nigeria unfortunately holds the ‘gold medal’ as the country with the highest numbers of persons, especially children kidnapped and held hostage in one single raid, how many more mortal statistics is the Bar waiting for delve into and elaborate the ‘doctrine of human security’ which enables the citizenry to engage in self-help to safeguard themselves from acute threats where the state is unwilling, deficient in capacity or unable to guarantee the security of its citizens and constituents. Recognizing that many constitutions and international law instruments recognize self-help in its narrow sense called “self defence” in appropriate circumstances, why can’t the Bar embark on public interest advocacy and litigation to stretch the elasticity of the jurisprudence of self-defense to include ‘self-help’ in our situation of acute insecurity.