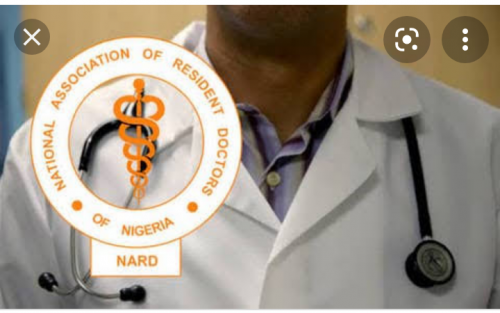 Federal Government has threatened to sack resident doctors who withdrew their services nationwide since  August 2 over alleged poor conditions of service.

Government said it was considering the option of outright termination of employment if they failed to return to their duty posts.

The threat was contained in a letter by the Permanent Secretary, Federal Ministry of Health, Abdullaziz Abdullahi, and addressed to the doctors through their umbrella body, the National Association of Resident Doctors (NARD).

Government said it would, probably, leverage on court judgment delivered by Justice Oluwakayode Olosegbe of Enugu branch of the National Industrial Court (NIC) to take its administrative actions if the doctors failed to return to work.

It, thus, reminded the striking doctors that the industrial court judgment indicated that they have no right to embark on strike for certain reasons.

It asked the aggrieved doctors to abide by the court judgment and return to their duty posts, while other means were being used to resolve the issue.

NARD President, Uyilawa Okhuaihesuyi, confirmed to Daily Sun that the letter from Federal Ministry of Health was received, yesterday, and their lawyers were working on the matter.

He said: “Unfortunately, instead of government to find a means of resolving the issues and finding permanent solution to the problem, they are busy looking for court judgment to bar us from legitimately seeking our rights. We are not deterred by their threats.

“We are well organised union, and we are committed to providing medical services to Nigerians. But we can only do that if we are taken care of. However, our lawyers are working on the matter. So, the nationwide strike continues, and we are impressed with the compliance level by all the chapters.”

Medical doctors under the umbrella of NARD began the nationwide strike on August 2 to press for some demands regarding their welfare and conditions of service.

In a related development, government accused the striking medical doctors of allowing themselves and their association to be used by enemies to cause instability in the health sector.

Minister of Health, Osagie Ehanire, in a statement in Abuja, yesterday, said the industrial action was needless as the government was fully committed to issues that concern them, particularly their welfare and conditions of service.

Ehanire explained that the doctors are fully aware of the efforts of the government to meet their needs, but choosing to embark on strike was unacceptable and a deliberate effort to cause unnecessary disruption in the health care system.

He said some of the requests of the doctors are not within the powers of the Federal Government to solve because health is in concurrent list, meaning that federal and states governments have equal powers to make decisions on health related matters.

He said: “Health is an item on the residual legislative list of the constitution. It means federal and state governments, each has separate powers, over which National Association of Resident Doctors (NARD) has been advised to meet with the respective state governments, who are independent employers of some NARD members at state hospitals, in their own right, to resolve matters of specific concern between them.

“The Federal Government has always, proactively, engaged NARD to seek solutions to their complaints, and I can, in this regard, comfortably state that, of the 12 resolutions of NARD’s National Executive meeting of June 25, that were submitted to us, only five issues are related to the Federal Government.

Resolutions 6-12 are actually strictly employers/employee issues that ought to be resolved at individual state government level, at which the Federal Ministry of Health has no jurisdiction, and, as such, do not merit nationwide industrial action.

The minister insisted that dialogue is always the best approach to conflict resolution and the Federal Government has always been prompt in attending to labour issues in the health sector whenever it occurs.

“It’s on record that the reason(s) for industrial actions declared by NARD has been discussed extensively with NARD and implementation of the resolutions adopted by both the NARD and government agencies, led by the Federal Ministry of Health and Federal Ministry of Labour and Employment.

“We, therefore, appeal to NARD not allow its association or themselves to be used by enemies of the country to cause instability in the health sector,” the minister said.