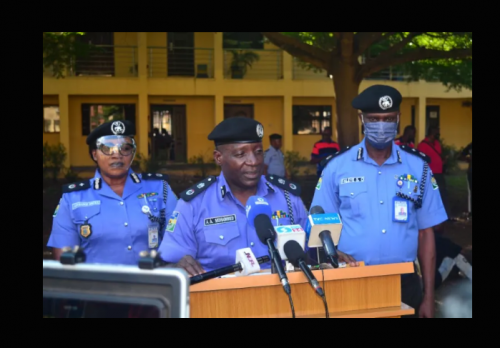 The Commissioner of Police in Delta state, CP Ari Mohammed Ali fcia, psc, has given an account of the successes of the men and officers in the Nigerian Police under his watch for the past two months. He gave this report at a press briefing released to the National Association of Online Security News Publishers (NAOSNP) yesterday held at the Police headquarters, Asaba, Delta state. The regular press briefing which has become a platform for interaction between the security agency and the public also had Trek Africa Newspaper present.

Emphasizing his commitment to safety and security of Delta state CP Ari Ali noted that on Tuesday, 3rd of August, he held another stakeholder meeting with Fulani herders and farmers in the state at the police officers mess, Okwe, with the DG on security to the Delta state government Hon David Tonwea representing the Governor of Delta State, Sen. Dr Ifeanyi Arthur Okowa. He affirmed ‘My primary assignment is to provide adequate security for the good people of Delta State and to ensure Delta state is safe for all.’

The proactive super-cop Ari Ali then reeled out some of the Command’s achievements in crime control and management in the state. This includes the rescue of kidnap victims and arrest of their assailants with the recovery of arms; the arrest of suspected killers of 50-year-old Patience Komore as the Police is still on the lookout for two accomplices.

Over 100 cultists were arrested in Asaba, Ogwashi-Uku, Agbor, Warri, Sapele and Ukwani LGAs with exhibits recovered from them including locally made guns, double-barrel shotguns, and pump-action; the arrest of a father who masterminded his daughter’s kidnap in Udu LGA so that her boss will not be able to demand the N50 million debt his wife is owing to the boss; and apprehension of 3 armed robbery suspects in Asaba with the recovery of arms and ammunition.

Others include: raiding of criminal hideouts in Sapele which led to arrest of suspected cultists; RRS operatives getting suspected confraternity members such as Onotanare ‘m’ Age 22yrs, Gift Ogbeje ‘m’ age 19yrs, Lucky Egere ‘m’ age 22yrs old, Charles Eungu ‘m’ 25yrs, Joshua Onatseye ‘m’ age 22yrs old in Warri; recovery of arms by RRS operatives on their visibility patrol of Delta roads; interception and recovery of a stolen
Ford vehicle with REG No. 9791F7 with two occupants, one Bankole Odusi ‘m’ of No. 19 Sango Ijoke street Lagos wearing a police uniform and Samuel Idowu ‘m’ 49yrs of No. 1 Olatunji Mall market Lekki Lagos who was wearing a T-shirt with police colour at a stop-and-search duty; and arrest of serial kidnappers who have been terrorizing Agbor and its environs. Further investigation led to the recovery of three (3) single barrel rifles, one (1) locally made pistol and nine (9) cartridges. The suspect took detectives to their hideout in Ogah bush. 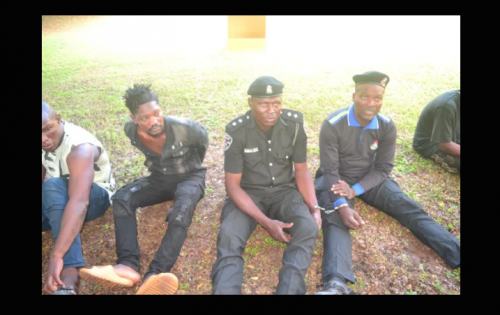 The successes recorded so far, Trek Africa Newspaper reports, is a credit not only to the Police but to all well-meaning persons who have been assisting the security agency by providing timely and useful information in the fight against criminal elements in the state.

CP Ari Mohammed Ali used the opportunity to encourage all Deltans to abide by all health protocols to avoid the 3rd wave of the pandemic. ‘The command will sustain its effort to ensure that there is no further spread of the covid-19 virus in the state’, he concluded.