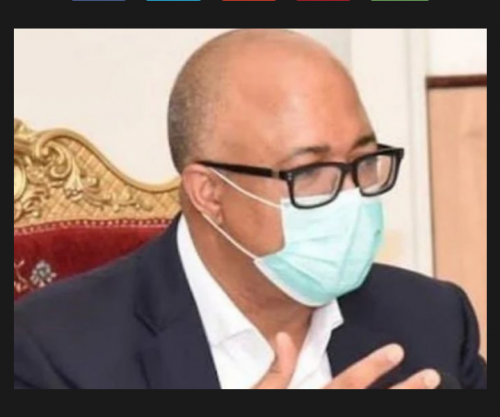 No fewer than 310 out of the 13,641 international outbound passengers tested positive for COVID-19 in two weeks.

Also, an analysis by The PUNCH revealed that the COVID-19 death toll increased by 240 per cent in one week.

Virologists who spoke to The PUNCH on Sunday described the figures as disturbing.

They expressed concern over the sharp increase in infection rate among outbound passengers who according to them might have infected people in their relative environments.

The virologists also urged the Federal Government to begin contact tracing of the infected outbound passengers.

The recent COVID-19 epidemiological report contained on the NCDC website accessed by The PUNCH on Sunday revealed that the number of outbound passengers who tested positive had spiked.

A backdate to epidemic week 27(July 5 to July 11) revealed that only 43 outbound passengers tested positive for COVID-19.

It was also discovered that in epidemic week 28(July 12- July 18), the figures rose drastically as 126 outbound passengers who presented themselves for testing were said to be positive.

The data also revealed that in week 29(July 19- July 25), no fewer than 141 passengers tested positive, making a total of 310 passengers as against 59 positive passengers in the last month.

A backdate to epidemic week 29 (July 19-July 25) revealed that the country recorded a total of five deaths with Akwa-Ibom accounting for three deaths, Ondo three; and Rivers three.

For week 30 (July 26-July 31), the country suffered the highest death toll in three months as no fewer than 17 deaths were reported.

Though the NCDC did not disclose the states which recorded the deaths, information obtained by The PUNCH from the Lagos and Akwa-Ibom state ministries of health revealed that Lagos suffered no fewer than eight casualties while Akwa-Ibom recorded five deaths in the past week.

The Chairman, Expert review Committee on Covid-19, Prof. Oyewale Tomori, in an interview with our correspondent, said “While I am sad, I will not say I am surprised, this was bound to happen. I am particularly concerned about Akwa-Ibom State. I have been monitoring their figures these past days and I have not been comfortable, the sad thing about it is that they are not even on red alert.

“The people they have infected will not know they have been infected and hence they will go and infect other people. Will the Federal Government do contact tracing? It is not just about saying these are the number of outbound passengers that tested positive, what are we doing about those they have infected? The truth is if not that they wanted to travel out they would not have taken tests so imagine the number of asymptomatic individuals who are also going around?”

Another expert and associate Professor of Virology at the Osun State University, Waidi Sule, said the failure of individuals to obey the laid down measures will result in a greater catastrophe if adequate care is not taken.

He said “Now that we even have doctors going on strike, I don’t want to say we are looking at a disaster. People need to understand that using face masks, obeying COVID guidelines is not for other people but for themselves. This is the only way we can preserve lives.”

The PUNCH reports that the number of cases reported between 26th July and 31st July remains the highest figure the country has ever reported within three months using weekly basis as a yardstick.

Within this period, the country reported 2,584 cases with 17 deaths while a back date to July 19 to July 25, a total number of 1,579 positive cases with five deaths were reported.