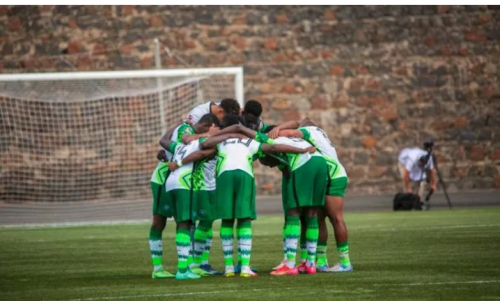 Despite being ranked 120th by FIFA in the world, the Central African Republic senior men’s team recorded a shock 1-0 win over the Super Eagles of Nigeria in Lagos on Thursday,  October 7, 2021.

Despite being ranked 90 places behind Nigeria, the national team of the Central African Republic, scored a late goal against Nigeria following a poor miscalculation between defenders William Troost-Ekong and Leon Balogun, allowing Karl Namnganda to fire his shot past goalkeeper Francis Uzoho.

It is the CAR’s first win in the qualifying campaign.

Nigeria dominated all through the game but were kept at bay by a sturdy CAR defence line, as the Super Eagles didn’t record any shot on goal.

Despite the dropped points in Lagos, the super Eagles remain at the top of Group C with six points after three games while the Central African Republic now have four points same as Cape Verde who also beat Liberia away from home on Thursday.