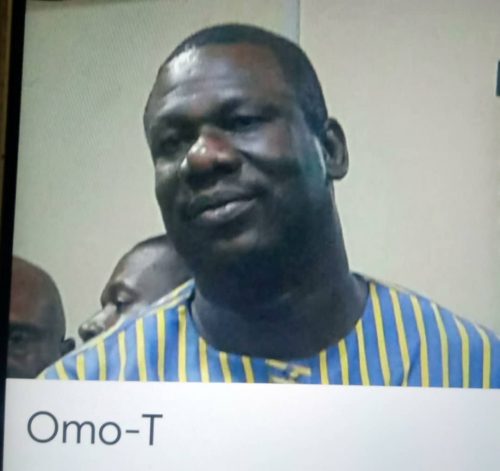 The Convener of Pro-Nigeria, Mr. Lai Omotola, has broken silence on the Value Added Tax, VAT war going on currently between the Federal Inland Revenue Service, FIRS, and the Rivers, Lagos, Ogun, Ekiti, and Akwa-Ibom States.

It will be recalled that a Federal High Court in Porth Harcourt gave a ruling that state governments, not the FIRS, have the constitutional power to collect VAT. To take advantage of the ruling, both Lagos and Rivers quickly passed bills authorizing the state to collect VAT.

Reacting to the development, Omotola in a press release on Tuesday said that PNG is in full support of states collecting VAT.

The Press Statement in Full
As the convener of the Pro-Nigeria Group, I want to lend my voice to the issue of the Value Added Tax, VAT, in which the Rivers State Government went to court against the Federal Government and the judgement empowered Rivers to collect VAT.
We in PNG support the development and the subsequent move by Lagos State and other states to join Rivers State in creating a law to enable their states to collect VAT. Others who have joined in the bid are states like Ogun, Ekiti and Akwa-Ibom States.
We in PNG see this as a welcome development because we feel that it is lawful and it is sync with the intention of our founding fathers that every state should be collecting VAT. We are of the opinion that every state will grow according to income and also make them more viable and competitive.

It will also show fiscal restructuring towards economic development and at the end, Nigeria as a country will be better for it.

As tongues continue to wag on the defection of the former Minister of Aviation, Femi Fani-Kayode, from the camp of the Peoples Democratic Party to the ruling All Progressive Congress, APC, the Pro-Nigeria Group, PNG, has spoken out to condemn the red carpet given by President Mohammadu Buhari to the former Minister at the Presidential Villa.

The group made its opinion known by its Convener, Lai Omotola on Tuesday at the group’s Head Office at Maryland, Lagos during a press release.
According to Omotola, each state will experience competitive growth if state governments are allowed to collect VAT.

The Pro-Nigeria Group is calling on President Mohammadu Buhari to show the reason why Nigeria should still believe in his fight against corruption and believe him as the upholder of basic morals on the account of his invite to the Presidential Villa of Femi-Fani Kayode.

It should be noted that Fani-Kayode has purportedly moved into the All Progressive Congress (APC) from the major opposition, the Peoples Democratic Party (PDP). Our concern is that this same man is currently having a battle with the Nigerian state via the Economic and Financial Crimes Commission (EFCC) on corruption charges.

As the matter stands, the ex- Minister is a criminal suspect. Although the law states that one is innocent until proven guilty, it is morally unjust for a President to receive with a red carpet and stand beside a person against whom the EFCC has established a case, stating unequivocally that he had defrauded Nigeria; and the same matter is still in court; therefore, to now see him being honored by President Buhari has thrown hope for this country into the wind.

Therefore, we in PNG called on the President to talk about how he arrived at the controversial decision to host Fani-Kayode. Otherwise, history won’t be favorable to his part.

The Pro-Nigeria Group has thrown its weight behind the Central Bank of Nigeria, CBN, for the strict action it took against the online platform, Aboki FX.

The CBN recently threatened to shut down the platform in Nigeria, accusing it of collaborating with some elements in Nigeria to keep on manipulating the Naira.

The PNG, in a press statement on Tuesday made by its convener, Lai Omotola, at the group’s office in Maryland, Lagos, said the move being made by CBN will be helpful to the economy.

Here is the Press Statement released by PNG.

The Pro-Nigeria Group, PNG, is in support of the move by the apex bank, the Central Bank of Nigeria, CBN, to strengthen the Naira and shut the doors against spectators destroying the economy and enjoying illicit gains for the sake of dollars.

The recent decision to suspend Aboki Fx as a platform to determine the price of dollars daily is a welcome development. We hereby call on Nigerians to show support for CBN Governor Godwin Emefiele on this matter.

We in PNG urged the CBN to take further action in its bid to tackle people aiding transactions in Forex. We believe that banks are the major collaborators in the downfall of our precious Naira.

We observe that the three people that are dominantly using the forex trade to destroy The Naira are top politicians, top businessmen and contractors, and top civil servants. Those groups have turned legal tender into dollars, using them consistently to deprecate the Naira. Until there are concerted efforts to stop them from liberal purchasing of dollars from any source, the dollar will continue to rise against the dollar.

Finally, we in PNG called on Nigerians to grow the economy through productive means, to engage in work that is feasible, constructive and tangible. They should stop taking actions to make money through short cuts. It is a gigantic battle the Nigerian state must win.

A group seeking the betterment of Nigeria, Pro-Nigeria Group PNG, has condemned a controversial statement credited to the spokesman of the Northern Elders’ Forum, Dr. Hakeem Baba- Ahmed which claimed that the northern part of Nigeria deserves the Presidency in 2023, saying that the Northern Nigerians have more people than the Southern part.

Since this statement has dominated the media platforms, a barrage of reactions has followed, mostly negative ones.

Also airing his opinion on the statement during a press release on Tuesday in Lagos, the convener of the Pro-Nigeria Group, PNG, Lai Omotola, said that such a statement coming from the mouth of PEF’s spokesman is very unfortunate.

It has come to our attention at the Pro-Nigeria Group PNG that the statement made by the spokesman of the Northern Elders’ Forum which said that northerners will lead Nigeria again in 2023.

His remark is unfortunate, especially coming from a man of his caliber at this time when the political situation is tense.

We want to remind him that, at present, dilapidated and controversial census results do not constitute imperial evidence that the North is more than the South. If we are looking at immigration, the Southern part of the country has been the recipient of immigration, so if he is still of the opinion that the North is more than the South, he is attacking from the past to keep on having the notion that the majority will always have the day in a democratic state. For example, in the United States, where the most advanced and transparent democracy is practiced, the majority doesn’t always emerge victorious. So, talking about democracy on the narrow part of the majority is to begin to practice the Electoral College being used to elect leaders in the United States.

We in PNG believe in a rotational presidency rather than one where one part continues to dominate others. So, if his voice is loaded, it will he will bring the country to the brink of anarchy.