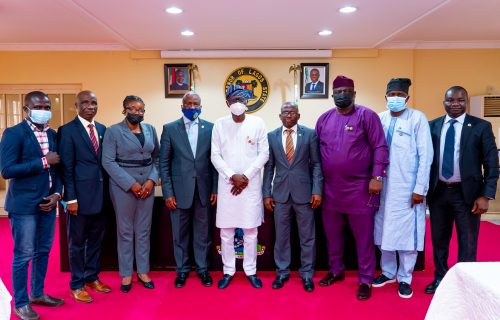 Lagos State has been rated top among States in the federation having advanced town planning framework that complies with the national Urban and Regional Planning Laws of 2004.

The Nigerian Institute of Town Planners passed the vote of confidence on Lagos, noting that the State had gone far ahead of others in domesticating the national town planning legislation and setting up administrative structures to coordinate its planning in accordance with the laws.

The rating was shared with Governor Babajide Sanwo-Olu when the Institute’s national president, Mr. Oluwatoyin Ayinde, led management team members on a courtesy visit to the Governor at the State House, Marina, on Thursday. 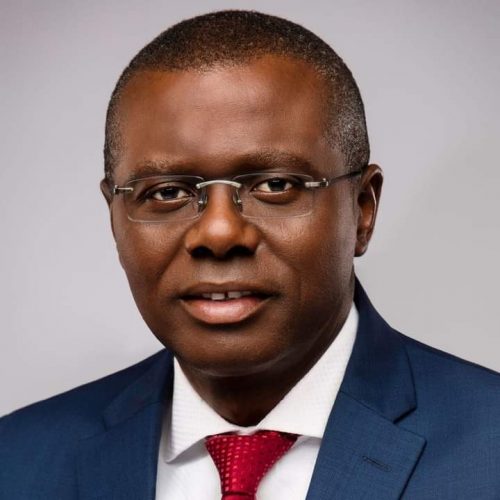 Sanwo-Olu acknowledged the Institute’s feedback on the State’s town planning effort, saying the progress indicated Lagos was on the right track towards improving livability for its residents.

In spite of the headway, the Governor said the State still had a lot of work to do in the areas of building control, fast-tracking access to building approvals and signing off on regional plans’ implementation.

He said: “We fully understand how critical the town planning profession is to our development. If we fail to have proper land use administration, proper town planning rules, implementable regional plans and means of creating what our livable space is meant to be, we would probably be doing a disservice to our State. This is why we are strengthening structures put in place to address the situation and achieve improvement.

“I welcome the generous feedback from the Institute of Town Planners, which commended Lagos Government on the progress we have recorded so far after domesticating national Town Planning laws. Indeed, we can do a lot more.

“In some rankings that came out recently, Lagos is still not where it is meant to be in terms of Livability Space Ranking in which they assessed the State based on access to building approval, infrastructure, contracts and enforcement of regulatory standards. We still have a lot of ground to cover around building control, planning approval and regional plans.”

The Governor said Lagos was developing faster than the projection of the Government, given the number of people that came into the State daily and a deluge of applications regularly received on developments’ approvals.

In response, Sanwo-Olu said the State Government had started to decentralise all the processes of getting approvals for structural developments by ceding authority to district offices that would act on behalf of the Government. He added that the effort was being supported by regeneration activities across several communities to bring back the lost glory of the State.

He said: “We have recently just approved the procurement of state-of-the-art software that can fast-track the front-end and back-end activities and improve time for getting approval. Once this software is launched, there would be quick turnaround in submission and processing of approvals.”

Sanwo-Olu said his administration would consider the possibility of creating the Office of Town Planner General for the State to help sustain the achievement recorded and also help future Governments in their planning blueprint.

Ayinde said Lagos was rated first among 17 other States, because of the sustainability of its planning framework, stressing that the State had created structures to meet the national standards.

The Town Planners’ president said the recruitment of 70 professional town planners into the civil service was another pace-setting decision taken by the Lagos Government in achieving coordinated development in the State.

Ayinde praised Sanwo-Olu for strengthening the State’s planning laws, urging the Governor to pay attention to the implementation of Lagos’ development master plan and regional plans.