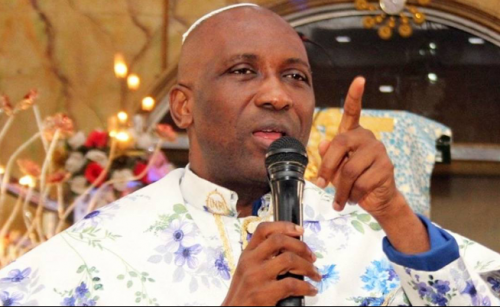 The cleric also revealed that Igboho cannot actualize the Yoruba nation which he continues to clamour for.
Primate Ayodele who recently revealed that Nigeria would no longer be together in the nearest future said that Sunday Igboho would not actualize the secession.
He also said that he is not in support of calls for the Yoruba nation as championed by Igboho.
The cleric cautioned the Federal Government to tread softly on Igboho’s case so it doesn’t miscalculate.
Sunday Igboho is currently in the custody of authorities in the Benin Republic.
His arrest in Benin followed a raid on his apartment in Soka, Ibadan by operatives of the Department of State Services, DSS who subsequently declared him wanted.
The secessionist agitator is being tried in the Benin Republic for allegedly tendering a Benin passport to escape to Germany while not being a citizen of Benin.
Hearing on Igboho’s case is to continue on Monday.