SULTAN OF SOKOTO MOURNS ALHAJI ABDULAZEEZ CHIBUZO UDE, SAYS “HIS NAME HAD BEEN SYNONYMOUS WITH GOODNESS”- The Legend News 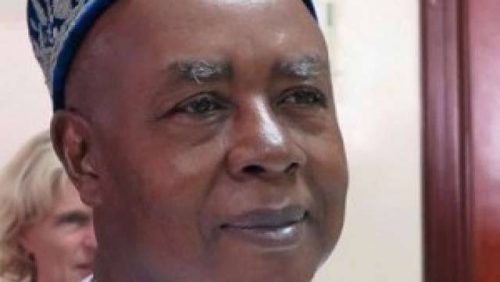 The Sultan of Sokoto and President-General, Nigeria Supreme Council for Islamic Affairs (NSCIA), His Eminence Dr. Muhammad Sa’ad Abubakar, has received news of the death of Igbo Muslim personality and media investor, Alhaji AbdulAzeez Chibuzo Ude with sense of grief.

The Sultan, Saturday night in his reaction to the sad passing of the late philanthropist, described him as a great nationalist that will be missed by all, especially the entire Muslim Ummah of Nigeria.

According to him, Alhaji Ude had been known to him since when he (Sultan) was a young officer in the Nigerian Army, having served in the East.

He said all that he knew of the internationally renowned publisher, intellectual and art lover, was that, “his name had been synonymous with goodness”.

“We are offering our condolences to the family, government and people of Anambra State and, in deed, the entire Muslim Ummah of Nigeria, for this sad loss of the great Muslim figure, quintessential administrator, nationalist and philanthropist.”

Recalling Ude’s well spent life as a businessman, industrialist and billionaire, who used his wealth for the advancement of humanity, the Sultan believes that death of the late publisher and financier of Financial Post and acting Chairman of NEWSWATCH Magazine is a huge loss to Nigeria.

He prays that Allah grants his departed soul forgiveness and repose it in Al-Jannat Firdauz, while also praying that Allah gives the surviving family members the fortitude to bear the irreparable loss occasioned by his demise.