Sultan condoles with Oyo Muslims over death of Aare Musulumi,Ojulowo –  The Legend News 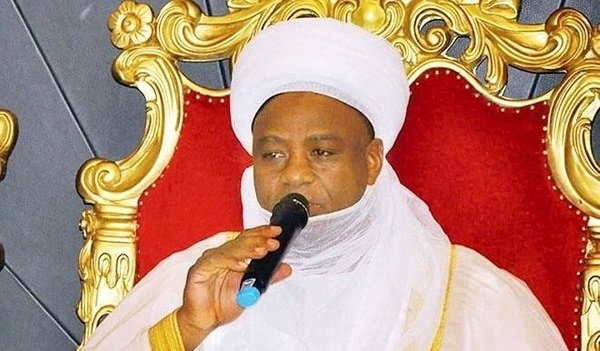 THE Sultan of Sokoto, and President-General of the Nigeria Supreme Council for Islamic Affairs (NSCIA), Alhaji Muhammad Sa’ad Abubakar has expressed sadness over the death of the Aare Musulumi of Ibarapa, Alhaji Sanusi Ojulowo .

The Sultan regretted that the Nigerian Muslim Ummah has lost yet another great philanthropist, who, according to him, spent his life benefitting humanity and building as well as maintaining the mosques of Allah, while also providing succour for people across religions and tribes, especially those in Ibarapa Land in Oyo state.

The number one Muslim in Nigeria in a statement signed by Prince Bashir Adefaka on behalf of his media team commiserated with Ibarapa people and the entire Oyo State over the death of Alhaji Ojulowo.

The most respected muslimm leader also extended his condolence to the deceased’s family, his home town in Tapa, Ibarapa Local Government, Oyo State govetnment and, the Muslim Ummah of South West Nigeria, (MUSWEN).

According to the Sultan the octogenarian has recorded a landmark in business, especially in the conduct of Hajj and Umrah services.

He said “His sincerity and trustworthiness in the discharge of his duty as a reputable Hajj and Umrah operator from the days of Western Region and now in Oyo and Kwara states, which made him the most trusted by especially the Fulani in Ibarapa for the services, was well noted.

“Much as we love him and want to continue to have him with us in our ongoing peace and unity project for the good of our great country, we have one thing we have been unable to achieve; stopping the decision of Allah to pass on him as his time was reached. We can only pray and we indeed pray to Allah to please help us to receive, forgive, keep his gentle soul and repose it in Al-Jannah Firdauz.”