SECURITY AND TECHNOLOGY : COMMANDANT EWEKA DELIVERS A ROBUST LECTURE AT THE LAUNCHING OF A SECURITY SOFTWARE TECHNOLOGY AT LEKKI IN LAGOS – The Legend News 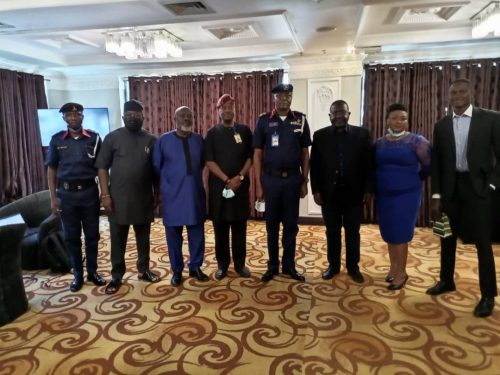 SECURITY AND TECHNOLOGY :
COMMANDANT EWEKA DELIVERS A ROBUST LECTURE AT THE LAUNCHING OF A SECURITY SOFTWARE TECHNOLOGY AT LEKKI IN LAGOS – The Legend News

He opines that the immense contributions of technology to achieving quality peace and security in the nation can not be overemphasized….

According to the security company, Security Intel Nigeria Limited, ‘SIACONTROLROOM,’ which was being launched today, in Lagos, “is an operation and performance management platform designed specifically for private security providers in Nigeria and across Africa.” Also according to the company, “the software also comprises a web-based command and control platform that fully automates the core operations of a modern professional security company.” 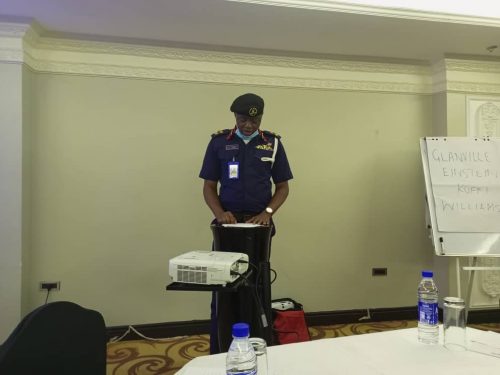 In the lecture, delivered by Commandant Eweka Douglas Okoro, he congratulated firstly, our dear nation Nigeria, the security architecture of the nation and the Security Intel Ltd, over this laudable and historical milestone achieved, developed and innovated by the Security Intel Ltd, in providing a robust and problem – solving security software technology for Africa nomenclatured ‘SIACONTROLROOM.’ It is important to note that our dear nation and continent, Nigeria and Africa respectively, need a lot of social, socio – economic, academic, professional and technological solutions to eradicate the menace of the raging insecurity challenges confronting her at present.
While it is a known fact that the Nigerian Government also believes in the deployment of technology to fight insecurities such as terrorism, insurgency, kidnapping, banditry, armed robbery illegal oil bunkering and oil pipeline vandalism, just to mention a few.

Nevertheless, the launching of the flagship software technology by Security Intel Nigeria Limited in partnership with Securisoft Nigeria Limited, its sister company in Nigeria, is a right step in the right direction.

The event which was well attended by the Managing Directors of some Private Security Companies and staff also had other speakers such as Mr Babatunde Mumuni, the Chairman of Association of Licensed Private Security Practitioners of Nigeria (ALPSPN), Lagos Zone, who also represented Barrister Wilson Esangbedo, the President of the Association (ALPSPN) who was unavoidably absent, Barrister Helen Ijeoma, Secretary of the Association in Lagos, Mr Tola Mustapha, Country Manager Securitysoft and Mr Glanville Einstein Koffi Williams, CEO Security Intel Nigeria Limited.

The Commandant was also accompanied to the event, by ASCI Abolurin Oluwaseun Olumide ( PRO NSCDC Lagos State Command) and ASCII Osita Ejenonu, the protocol officer of the Command.

In conclusion, Commandant Eweka opined that the immense contributions of technology to achieving quality peace and security in the nation can not be overemphasized.