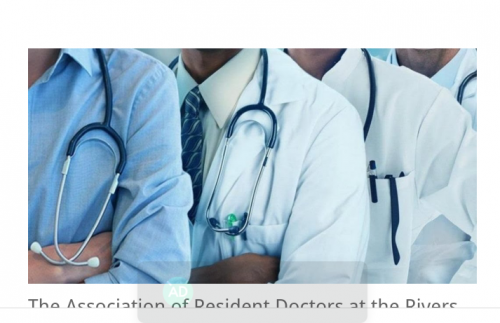 The Association of Resident Doctors at the Rivers State University Teaching hospital has suspended its seven days old solidarity strike, directing doctors to return to work.

According to him “There has been a week-long engagement with the Rivers State Government”, adding that the “legislative processes to the domestication of the medical residency training act has started among others demands”.

He said the “Rivers State Government has demonstrated commitment to addressing the nagging welfare challenges of the resident doctors such as implementation of wages adjusted COMHES 2019 payment of COVID-19 inducement allowance as well as employment of more resident doctors”.

It be recalled that the government of Rivers state had last week threatened to invoke the No work no pay policy on the doctors if they fail to immediately return to work.