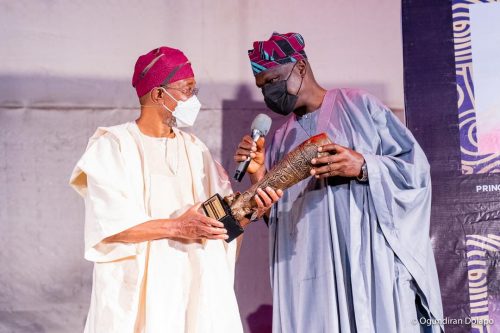 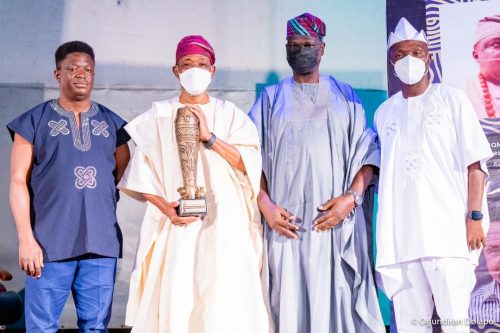 Ondo State government on Thursday, 30 September, 2021 honoured the Minister of Interior, Ogbeni Rauf Aregbesola, with an award of excellence.

The award was presented to Aregbesola by the State Governor, Mr Rotimi Akeredolu, who was represented at the occasion held at the Ondo State Cultural Centre by his Chief of Staff, Chief Gbenga Ale.

Presenting the award to Aregbesola, Governor Akeredolu lauded the Minister’s efforts at promoting the culture of the Yoruba race, especially when he served as the Governor of Osun State between 2010 and 2018. 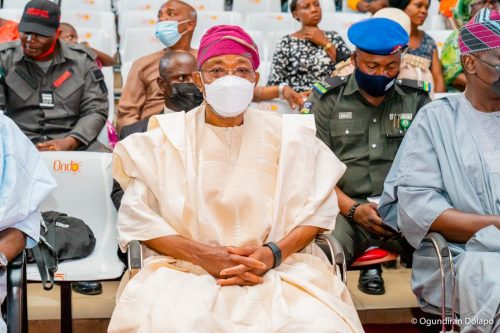 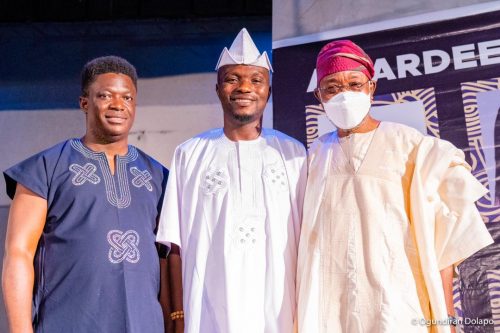 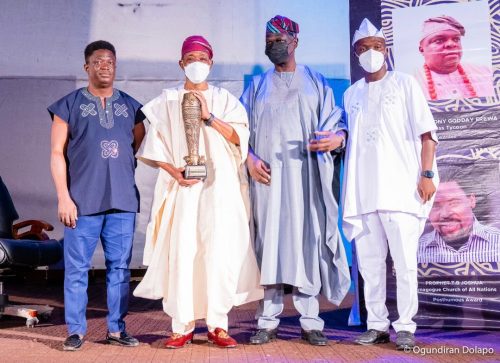 He said the belief of Aregbesola in cultural renaissance and his efforts at promoting the culture of the Yoruba race made him eminently qualify for the award.

Also, Akeredolu who is the Chairman, South West Governors Forum, speaking through the organizers said the award presented to Aregbesola was premised on the elevation of the Yoruba anthem by the Aregbesola’s administration in Osun State to the status of state anthem, promotion of the Omoluabi ethos and promotion of human rights and equal recognition of the three major religions in the state during his administration as Governor of Osun State.

He charged the Minister not to relent in his efforts at promoting the Yoruba cultural values, just as he assured that Ondo State will ensure that the Yoruba culture is not relegated to the background. 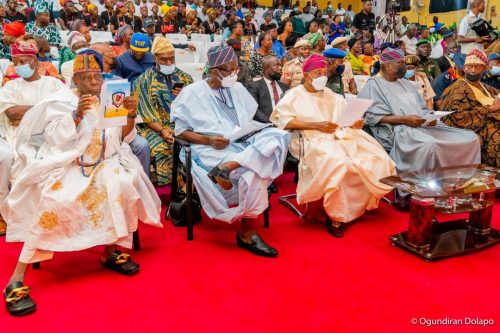 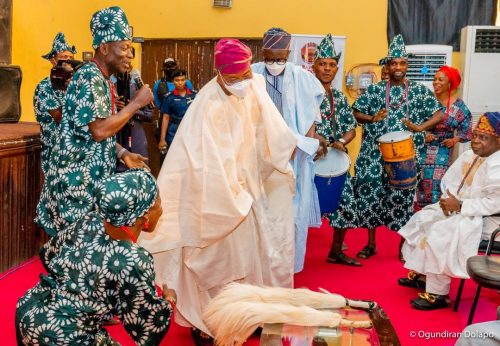 Aregbesola who stressed the need for the development of Yoruba culture, said the Yoruba race is blessed with valuable culture and tradition.

The Minister who noted the high premium placed on Yoruba culture outside the shore of the country, said if the various cultural heritage and tourist centres in Yoruba land are well developed, they will be of tremendous economic benefits to the country.

To this end, Aregbesola made case for cultural renaissance, just as he urged the people to change their orientation and belief about culture.

Also, the Minister hailed the Ondo State Governor, Mr Rotimi Akeredolu, for his belief in Yoruba culture which culminated in the adoption of the Yoruba anthem as the state’s anthem. 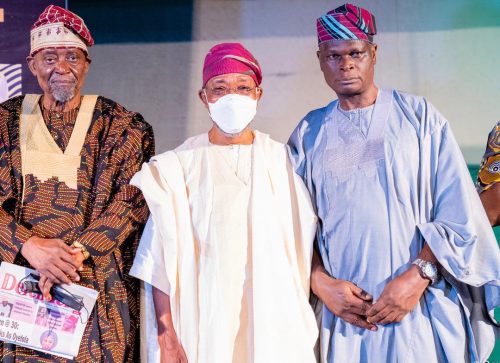 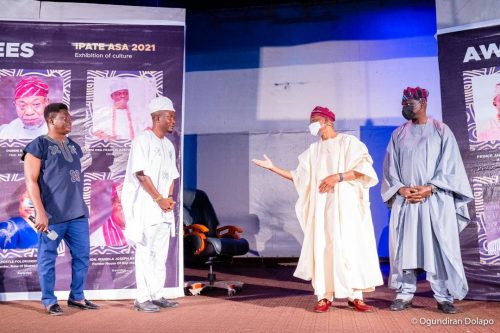 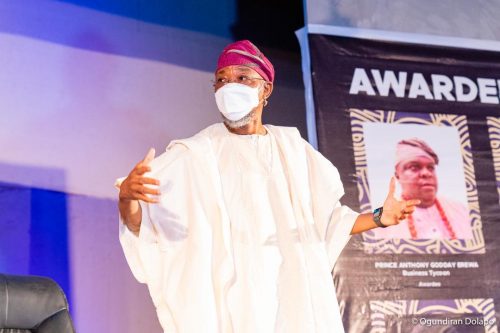 Describing Akeredolu as a liberal person, Aregbesola said Ondo Governor has shown him love and enthusiasm, adding that the Governor is not antagonistic in any way.

He said “Governor Akeredolu is a liberal and understanding politician who believes in Yoruba nation. This is evident in the adoption of Yoruba anthem as the official anthem of the state. The Governor is a good ambassador of the Yoruba race.”