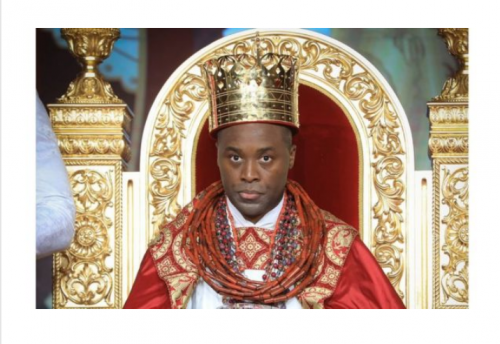 The Olu of Warri, His Royal Majesty Ogiame Atuwatse III, has dissolved all traditional council, committees and sub-committees across Warri Kingdom.

This was stated on Tuesday in a notice dated September 1, 2021 “under the hand and seal of the Olu of Warri”.

This is coming 10 days after the 21st Olu was coronated in Ode-Itsekiri, Warri South council area of Delta state.

The statement cited Section 25 of the Delta State Traditional Rulers Council and Chiefs Law Capt. 2, Law of Delta State of Nigeria, 2008, to back the decision of the monarch as it regards th custom and tradition of the Itsekiris.

It added that a revalidation and confirmation exercise will commence September 2, 2021.

“I, Ogiame Atuwatse III, hereby, announce, for the information of the general public, the Delta State government and particularly, the Traditional Rulers and Chiefs Committees, the dissolution of all Traditional Councils, Committees, Sub-committees and the scheduled exercise of revalidation/confirmation effective from 2nd day of September 2021.

“For the avoidance of doubt, the Warri Council of Chiefs, the Olu Advisory Council (Ojoye Ojisan), the Olu-in-Council, all standing adhoc and Sub-committees are dissolved forthwith; the mandatory revalidation/confirmation of Chieftaincy titles shall commence on the 2nd day of September, 2021.

“The timetable for the revalidation and confirmation exercise shall be made available at the Palace Secretariat from the 1st day of September, 2021 and the process of registration of all chieftaincy titles with the prescribed authority in accordance with the provisions of Section 25 of the Delta State Traditional Rulers Council and Chiefs Law (supra) shall follow immediately after the revalidation and confirmation exercise,” the notice stated.

However, the development may not bode well for some persons, including the Ologbotsere of Warri kingdom, Chief Ayirimi Emami,who were opposed to the process that saw his emergence as king.

Chief Emami allegedly tore a letter notifying him of the selection of Ogiame Atuwaste lll, then as Olu-designate, by the Ginuwa I Ruling House.

This, among other issues, had angered the Ginuwa I Ruling House, promoting the purported suspension of Chief Emami as Ologbotsere (prime minister) of the kingdom.

Emami who was undeterred by the “suspension” insisted that the 1979 edict should be followed for the selection of who will succeed the late Ogiame Ikenwoli, 20th Olu of Warri, filed a suit at a High Court sitting in Warri to contest the Atuwaste lll’s emergence, then as Olu-designate.