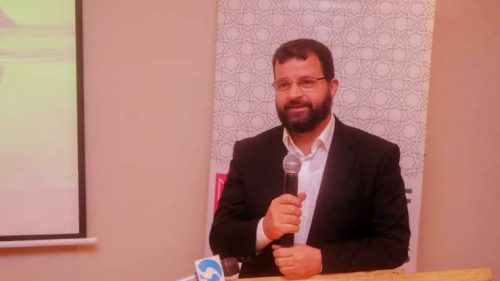 The event will also feature presentation of awards to the recipients of #MNAwards2020.

Harrath, the CEO of Islam Channel, UK and Abbas, a veteran journalist will be speaking on the theme, “Curbing Negative Media Framing of Muslims: Best Approaches” at the hybrid event that will hold at the Old Secretariat Mosque Hall, GRA, Ikeja, Lagos, Southwest, Nigeria.

In a statement released on Friday, the Publisher of Muslim News Nigeria, Mallam Rasheed Abubakar said the two speakers have confirmed their attendance at the event which starts by 10:00am Nigerian time under the observance of strict COVID-19 protocols.

Abubakar noted that the event will not only dissect the best approaches to media framing of Muslims, it will also be dedicated to celebrating Muslim achievers in politics, medicine, finance, media and entertainment (sports).

“Interestingly, our keynote speakers were the winners of the 2020 Global and Local (Nigeria) Muslim Media Persons of the Year Awards for their astonishing contributions in the promotion and preservation of pristine Islamic knowledge, practices and values through their respective media outfits,” Abubakar said.

It would be recalled that in 2020, the management of the newspaper marked the second year of reporting Islam with an inaugural Webinar, where Nigerian, Turkish and Arab panellists discussed the theme, “Survival of Islamic Media Institutions: Reflections from Nigeria” and proffered workable solutions for the Ummah.

Founded on August 18, 2018, Muslim News Nigeria is a mouthpiece for underreported Muslim achievers and events in Nigeria and across the world, which are aren’t given prominence in the mainstream media.

Among it’s mission is to give special media attention and coverage to prominent Muslim personalities and important events which do not gain the attention of mainstream media. It’s also to change the media narrative of blaming Islam and Muslims for offences committed by unscrupulous Muslims.

Abubakar noted that, “for Muslim News, the most authoritative Islamic Newspaper in Nigeria, it’s been three years of painstaking and resourceful reporting of Islam and the affairs of Muslims in the country and across the Muslim world.”

*Brief about the speakers*

1. Alhaji Femi Abbas is a renowned faith-based (Islamic) columnist and media professional with experience spanning about 40 years in the industry.

A former staff of the defunct Concord Newspaper owned by the late MKO Abiola, Alhaji Abbas now writes a weekly Islamic column tagged ‘The Message’ for The Nation newspaper where he has been analysing issues affecting Islam and Muslims in Nigeria and the world for more than a decade.

2. Mohamed Ali Harrath, a Tunisian-born and UK-based activist turned media entrepreneur has been able to sustain the world’s leading faith-based media, Islam  Channel, for more than a decade. In addition, through the medium, the media guru has created jobs for thousands of Muslims and non-Muslims since the channel was founded in October 2004.

Harrath has changed the world’s perception of Islam and its adherents as violent. He introduced this alternative media which has its headquarters in the UK. Interestingly, the English language, Islam-focused satellite television channel is being broadcast to millions of Muslims worldwide including Nigeria (on several DTH platforms).

*Watch out for more 3rd Year Anniversary releases on this site. For sponsorship and partnership, email: muslimnewsng@gmail.com*