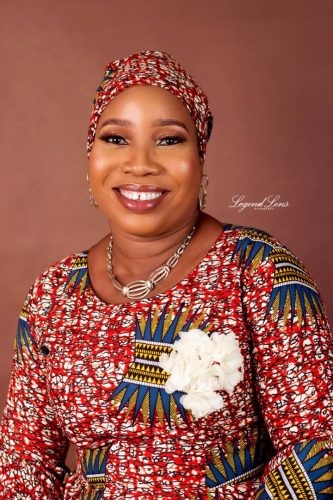 A new chairman to lead the Nigeria Union of Teachers (NUT), Eti-Osa branch in Lagos State in the next four years has emerged. She is Mrs Adejoke Ogunleye

She gained admission into the Federal College of Education, Osiele in Abeokuta to pursue National Certificate in Education (NCE) in Yoruba Language and moved further to University of Ibadan to obtain B. Ed in Educational Management/Yoruba Language between 2002 and 2005.

She was employed as a classroom teacher in Lagos State on the 19th of March 2009, and later became the NUT Assistant Branch Secretary for Eti-Osa under the Administration of late Comrade Abbas in the year 2017.

In 2021, she was elected as the first Vice Branch Chairman. However, due to the sad death of the Chairman on the 24th of June 2021, Ogunleye became the new Chairman of the Union on August 12, 2021.

In her reaction, Ogunleye paid glowing tribute to the late Chairman, assuring that she would continue and scale up the tradition of prioritizing the welfare of teachers and working with relevant stakeholders to improve the quality of education in the area.

“We will also be vigorously working with relevant stakeholders and partners to ramp up and improve the quality of education so as to secure the future of our students. We owe the younger generation the duty of care and that is what we are going to do by God’s grace,” she said.