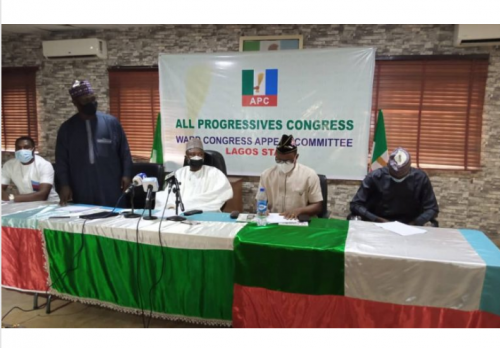 Aggrieved groups on Wednesday clashed with the All Progressives Congress (APC) State Caretaker Committee in Lagos over alleged marginalisation during the conduct of ward congresses in the state.

The occasion was at a meeting of the party’s Ward Congress Appeal Committee, which was held at the Ikeja secretariat of the party.

As the appeal committee declared the meeting opened and gave opportunity for stakeholders to air their views, the Vice Chairman Lagos4Lagos Apex Committee, an aggrieved group within the party, Sunday Ajayi, said the july 31st ward congress was devoid of fairness and justice.

Ajayi added that there were groups in the party that were not happy with the process, conduct and outcome of the congress.

In a swift reaction, the Secretary, State Caretaker Committee of the party, Hon. Lanre Ogunyemi, frowned at the comments made by the Lagos4Lagos representative on the existence of groups within the party.

Ogunyemi told the appeal committee and the stakeholders that there were no groups within the party and that the party remained one.

Barely had Ogunyemi finished commenting when another member of Lagos4Lagos group, Shakiru Onilude, rose up and said whoever that denied the fact that there were groups in the party was not being truthful and ready for resolution.

Salami advised the aggrieved groups to key into Balogun’s leadership.

His comment, however, generated noise and argument which was later quelled by the Appeal Committee.

According to Mustapha Dabiri, a representative of Conscience Forum, another group within the party, APC is one but there is division because people are not being carried along.

Dabiri said all what his group was asking for was inclusion. 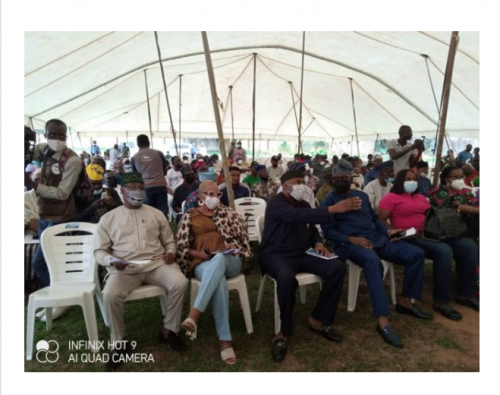 Also, Olawale Joseph, representative of APC Democrats, another group within the party, said in the past, the group was always being carried along in the sharing of positions but that in the last ward congress, they were marginalised perhaps because of the death of their leader on Lagos Island.

Earlier, the Chairman of the Ward Congress Appeal Committee, Hon. Ibrahim Akaje, in his opening address, said the committee would be fair and just in treating complaints from the four petitioners, demanding their understanding, cooperation and support.

Akaje explained that the progressive nature of Lagos and the unrivaled accomplishments over the years was a source of motivation for the party, adding that it was the continuous unity of the groups within the party that would make the state to continue to prosper.

“The progressive nature of Lagos and your unrivaled accomplishments over the years is a source of motivation for the All Progressives Congress as a party and the APC national secretariat, under our able and capable Caretaker/Extra Ordinary Convention Planning Committee (CECPC) led by our super active Chairman, Governor Mai Mala Buni is proud of Lagos State and we the members of the Ward Congress Appeal Committee are grateful for your warm reception.

“The progressive nature of Lagos was derived from your individual and collective Progressives and it is in your continuous unity that Lagos will continue to prosper.

“As chairman of the committee, I have always cherished the idea of fairness, justice and peace and I want to assure you that this Committee will do it best to listen to your complain and advise the national secretariat appropriately.

“All should be rest assured that we shall be as dispassionate as possible in discharging our responsibility as stated in our party’s constitution,” said Akaje.

Meanwhile, another member of the appeal committee, Daniel Bassey, reeled out the days and time the petitioners were to appear before the committee.