IPOB BANS CONSUMPTION OF COWS IN SOUTH-EAST- The Legend News 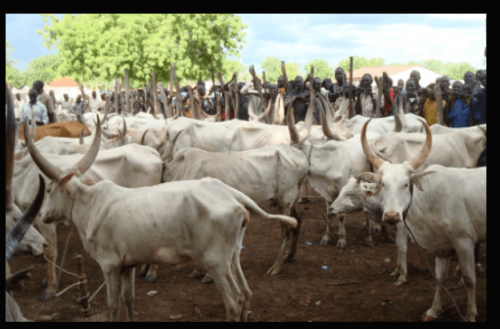 IPOB BANS CONSUMPTION OF COWS IN SOUTH-EAST- The Legend News

The Indigenous People of Biafra (IPOB) has banned the rearing and consumption of cows in the whole of South-East States
This was contained in a statement issued by the IPOB Head of Directorate of State (DOS), Mazi Chika Edoziem, in Awka, Anambra State, on Saturday.
Mazi Edoziem, however, said that the ban would take complete effect from six months time.
According to him, “from that date no more Fulani cows shall be allowed into Biafraland for any reason, not for burials, title taking, weddings, etc.”
He added that only local breed would thenceforth “be consumed and used for all ceremonies in Biafraland.”