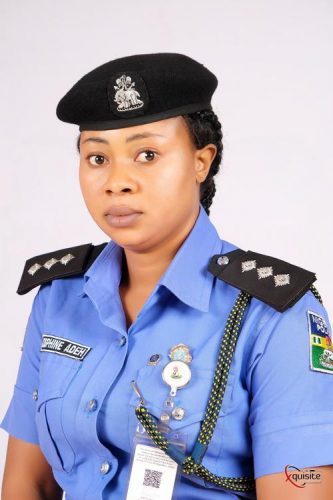 The Inspector-General of Police, IGP Usman Alkali Baba, psc(+) NPM fdc, has approved the posting of DSP Adeh Josephine as the new Police Public Relations Officer of the Federal Capital Territory Police Command with immediate effect.
DSP Adeh Josephine before her current posting as the PPRO FCT, was the 2 i/c in charge of Strategic Communications at the Force Public Relations Department. She was a one-time Deputy Police Adviser as a Police attaché in New York, United States of America.
DSP Josephine is an Associate Member of the Nigerian Institute of Public Relations (ANIPR) and member of the International Association of Chiefs of Police (IACP). She has also attended the Advanced Detective Course at the Police Staff College, Jos.
DSP Josephine has taken up the responsibilities of the Police Public Relations Officer of the FCT Police Command and she can be reached on cell phone number 07038979348, Public complaint bureau line on 09022222352 and e-mail fctpolice@gmail.com