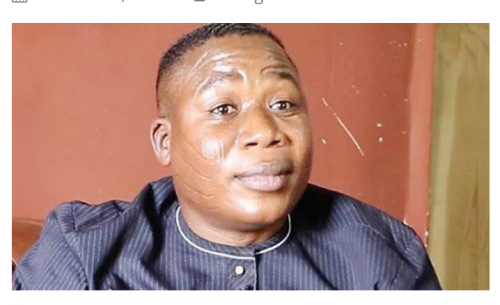 Yoruba nation activist, Chief Sunday Adeyemo, also known as Sunday Igboho, is critically ill and he has been rushed to hospital in Cotonou, Benin Republic, his lawyers said yesterday.

Igboho was arrested in Benin Republic about two months ago, when he attempted to travel to Germany, having escaped from Nigeria following  a bloody raid on his house at Soka, Ibadan, Oyo State, by the Department of State Services (DSS) in the early hours of Thursday July 1, 2021. He was remanded in prison custody in Cotonou pending the final determination of his case on how he entered the neighbouring country.

His two counsel  in Nigeria and Benin Republic, Chief Yomi Alliyu (SAN) and Prof Ibrahim Salami, confirmed the deterioration of his health and the need for urgent medical treatment abroad.

Alliyu said reports available to him was that one of his Igboho’s organs might have been affected as a result of injury he sustained when he reportedly fell while attempting to escape from DSS officials who invaded his Ibadan residence. He said Igboho has applied to the Republic of Benin authorities to allow him seek better medical attention in  either France or Germany.

“I can’t tell if he has been returned to the prison from the hospital. But what I know is, he’s battling ill health and it seems his kidney and lungs are already being affected. Even though I cannot tell which part of his body the sickness has really affected, I know it has to do with his internal organs,” he said.

Igboho’s lead counsel in Benin Republic, Salami attributed the sickness to the injury sustained during the DSS raid.

“Sunday Igboho is not sick. However, he got injured during the DSS raid on his house on July 1, 2021. Since then, he has not been given adequate medical attention, his health has since deteriorated and that was why he asked that he should be taken overseas for medical check-up.”