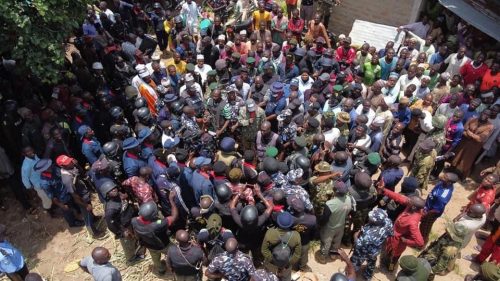 Only joint operations amongst the states affected by the acts of banditry will bring an end to the nefarious activities of bandits and kidnappers.

Governor Abubakar Sani Bello of Niger State disclosed this when he visited Ma’undu in Mariga local government Area of the State which has been deserted by members of the community for about one year now due to banditry activities.

The aim of his visit was to boost the moral of the over 300 security operatives including vigilantes that librated the community and to assess damages inflicted on the community. 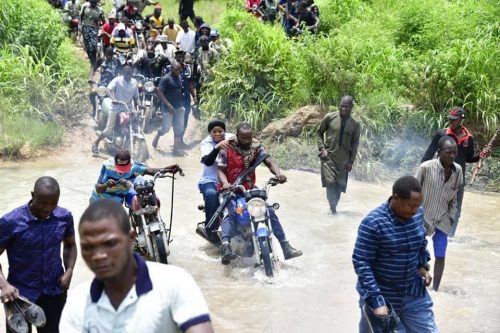 Governor Sani Bello who explained that there were no bandit’s camps in the state, noted that the bandits usually come in from neighbouring states particularly Zamfara State to carryout their nefarious activities and go back.

The Governor stressed the need for synergy among the states affected by the activities of the bandits,pointing out that individual state efforts would not yield the desired results.

Governor Sani Bello maitained that the state government will continue to make every effort to secure affected communities like Ma’undu which has diverse agricultural potentials so as to prevent food shortage in the area.

He also assured that feeder roads and culverts will be provided for the community to ease mobility.

Governor Sani Bello commended the security operatives for their gallantry in pushing the bandits out of the community and promised continued support to the security personnel especially in the areas of logistics and welfare for optimum results. 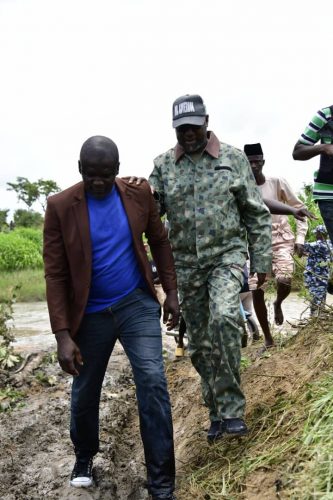 “Your efforts will not go unnoticeable, I am glad I am here today to associate with you, to feel part of what u feel and see the difficulty in accessing the terrain”, he said.

The Governor enjoined the security operatives to remain focused and be wary of informants adding that families of the security personnel who paid the Supreme price will be taken care of by the government.

The Commissioner of Police Niger State Command, Monday Bala Kuryas said that there have been lots of security operations against the bandits assuring that the combine forces will not relent in its efforts to restore peace in the society.

Commissioner for Local Government and Chieftaincy Affairs, Abdulmalik Sarkindaji while explaining efforts of the state government in contending with security challenges, said more strategies are  being evolved
i to end insecurity,but will however remain discreet with their plans.

Ma’undu is a farming community with about a thousand houses, surrounded by four other major communities.

The Governor and some members of the state executive council who were led by the Commissioner of Police in support of other security chiefs in the State rode on motorcycles for about 50 minutes to Ma’undu community.