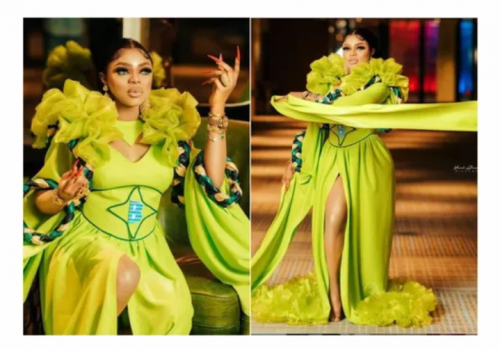 Controversial Nigerian crossdresser Idris Okunneye popularly called Bobrisky has left many fans and celebrities in awe as he releases his 30th birthday photoshoot.

Bobrisky, ahead of his luxury birthday, which is scheduled to hold in Paris, took to Instagram to share jaw-dropping photos of himself.

The popular male barbie, who recently declared himself as the biggest girl in Nigeria, is seen donning in a lemon green dress, few accessories and light makeup to complement his skin colour.

According to Bobrisky, the photos below are his first look, and there are still more photos to be shared, adding he changed the game. 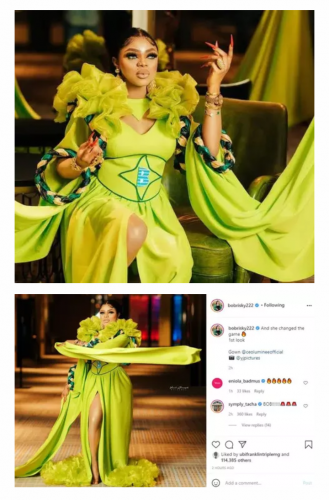 He captioned the post: And she changed the game. 1st look

Reacting to the photos, fans and some celebrities gushed over Bobrisky with several emojis and beautiful complements.

hendrickd12 wrote: Not bad for a start

agbaje_osha_ wrote: He over choke

Bobrisky clarified why he has stopped fighting celebrities and responding to insults from netizens.

In a recent Instagram post, Bobrisky questioned his fans if they noticed any changes regarding fighting or making trouble online.

Dubai Based Nigerian Billionaire, Mompha publicly threatens to slap Bobrisky, see why
Bobrisky said his boyfriend turned on his notification to see all his Instagram posts and warned him never to respond to any insult from his fans, including celebrities. Otherwise, he would end their relationship.

Bobrisky, who would not want to lose his boyfriend, said he has learned to ignore negative comments about him and act as nothing happened.