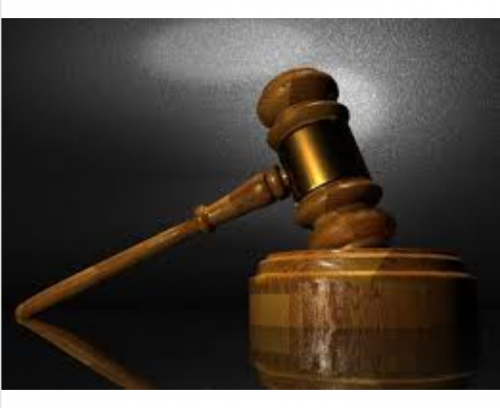 The former Military Administrator of Ogun state, Commodore Kayode Olofinmoyin (retd.) was on Monday, 30 August, 2021 arraigned before a Grade ‘A’ Area Court, Gwagwalada, Federal Capital Territory for alleged criminal conspiracy and trespass.
Olofinmoyin, who was absent from the court over ill-health was arraigned alongside Danjuma Mohammed on a four-count charge of criminal conspiracy, trespass, mischief and theft.
According to the First Information Report (FIR), Olofinmoyin allegedly conspired with Mohammed to damage the padlock to a shop belonging to Mr Dominic Njoku at the Gwagwalada Main Market where goods worth over N3.55m were stocked and subsequently looted.
FIR further alleged that during the investigation the former Military Administrator confessed to have ordered Mohammed to damage the said padlock.
Counsel to Olofinmoyin, Barrister Femi Adedeji, however, informed the court that his client was critically ill and asked the court for a short adjournment.
However, the Police Prosecutor, Superintendent Dabo Yakubu, opposed his application, arguing that there was no evidence from Olofinmoyin’s legal counsel to support his claim.
He urged the court to issue a bench warrant to compel him to appear in court in the next adjourned date, arguing that his sudden sickness had shown that he did not have respect for the court.
In his ruling, the Presiding Judge, Hon. Adamu Issa, said in the interest of the Administration of Criminal Justice Act 2015, he would grant an adjournment in the stance of Olofinmoyin.
He adjourned the case till September 6, 2021 for the two defendants to present their pleas.