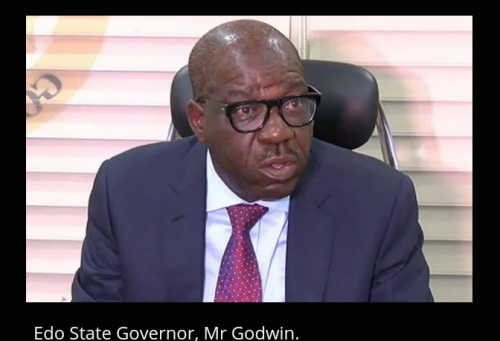 The Edo State Government has cautioned officers of the Public Works Volunteers Scheme (PUWOV) against extortion and abuse of power in the discharge of their duties.

In a statement, the State Coordinator of PUWOV, Mukhtar Yusuf-Osagie, urged citizens to call or chat the PUWOV helplines on 08132030846 or 09150322999 to report erring officials.

The statement further reads: “Call and report any PUWOV official in an unlawful act of giving priority to commercial drivers and traders (i.e. giving preference to some drivers/traders in unauthorized areas).

“We are also appealing to drivers and traders to please patronize the Government approved designated commercial motor parks and markets and desist from violating Government laws and creating unnecessary gridlocks on our roads, as the Scheme will continue to uphold her mandate of restoring orderliness and discipline in public places.”

The coordinator assured Edo people that “PUWOV will not relent in sustaining the already inculcated practices of orderliness and discipline enjoyed by Edo people for the past years.”

“We, therefore, charge everyone to join the Government to sustain the good temple by calling the PUWOV helplines to fish out the bad eggs as the Scheme does not condone misconducts and other illicit acts by officials,” the statement read.