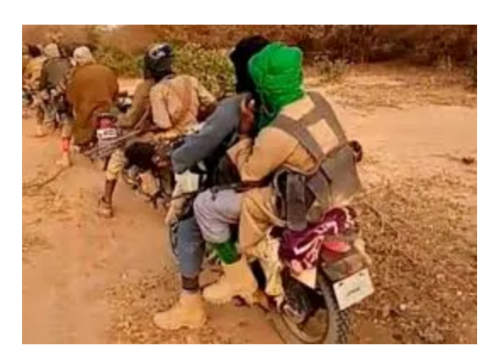 Armed bandits dislodged from Zamfara forests are now roaming about in neighbouring communities in Katsina and Sokoto States, PRNigeria has learnt.

The fleeing bandits are said to have been moving to settlements and villages in Katsina and Sokoto in droves.

While some of the hungry-looking bandits have been begging for foods since they fled their forest in Zamfara, PRNigeria gathered that others are daily robbing residents of their food and money.

A resident of one of the communities in Katsina State disclosed that the bandits are also mounting roadblocks to extorts motorists.

“They are demanding for money, food and petrol. Surprisingly they ate not kidnapping people for ransom since mobile phones are not working here.”