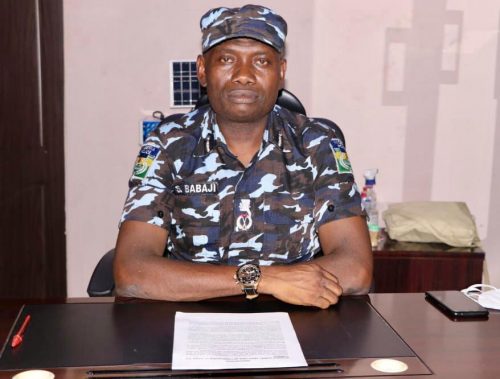 The FCT Police Command wishes to inform members of the public that, CP Babaji Sunday has assumed office as the 28th Commissioner of Police in FCT Command. He took over from the Assistant Inspector-General of Police, AIG. Bala Ciroma who was deployed to Zone 7, Headquarters after his promotion.

The Commissioner of Police, CP Babaji Sunday was born on 12th April, 1963 in Bambam-Balanga Local Government Area of Gombe State. He obtained a Primary School Certificate, General Certificate of Education and a Bachelor of Science Degree in Sociology from the Ahmadu Bello University, Zaria.

The Commissioner of Police, CP Babaji Sunday pledges to consolidate on the legacies of his predecessor by strengthening the existing collaboration between the Command and key stakeholders. He assures the residents of the FCT of his unwavering commitment to provision of adequate security of lives and properties within the FCT.