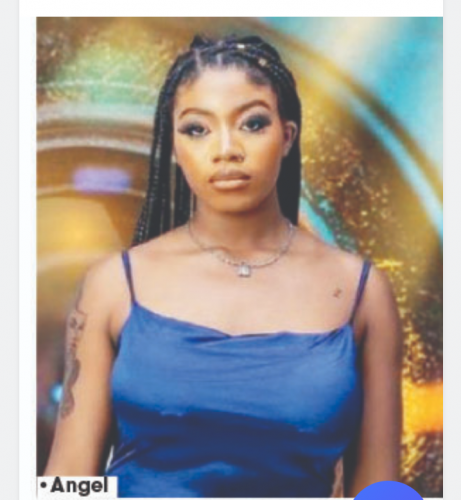 Since it kicked off on Saturday July 24, 2021, the Big Brother Naija reality TV show has been the talk of the town, especially among fun loving Nigerians.

As viewers get to know the housemates better, more secrets are being spilled, with some contestants entangled in quarrels and others engaged in hot, sizzling romance.

From White Money making a mark with his culinary skills to Yousef waxing candid about his personal life, the show is getting hotter by the hour.

Peace went on record as the first housemate to emerge the Head of House (HOH) for the Big Brother Naija Shine Ya Eye season 6. She was made the leader after winning the Head of House games. And for her deputy, she chose Yousef. In week 2, Boma Akpore succeeded Peace as the HOH. He picked Jackie B as his deputy.

Just as Boma became the Head of House in the second week of the show, seven housemates earned their first million-naira prize that same week. Housemates were divided into three groups and given an Airtel challenge, which Group 3 won, smiling home with their first million-naira prize. The lucky ones included White Money, Yerins, Saga, Arin, Angel, Tega, and Beatrice. However, the other housemates were each handed an Airtel mifi as consolation gifts.

Angel: Of mental health and childlessness

As events continue to unfold, Angel has proved to be the most controversial housemate so far. After going public with her struggles with mental health, she also disclosed her resolve to remain childless.

While having a discussion with fellow housemate, Yerins before his eviction, Angel said that mental health is very important to her and there are lots of things she needed to heal from.

If there is one thing that White Money knows how to do best, it’s to warm his way gradually into the hearts of viewers with humour and remarkable quotes.

With so many celebrities and fans on social media rooting for him, White Money never ceases to prove he is the content viewers have signed up for.

Despite his continuous clash with Pere, the current Head of House, White Money’s love for cooking is giving him an edge among the housemates. But then, White Money may cease to enjoy his domination of the kitchen for some time, as Pere who emerged the week 3 Head of House sacked him and appointed new ‘kitchen cabinet members’, saying cooking for the housemates all the time was a strategy being employed by the bearded one to have an edge.

Not many housemates relish the idea of being in an open relationship, but that is the kind of partnership that Yousef chooses to encourage.

While talking with Arin, Yousef revealed that he likes being open and this has fuelled his decision to be in open relataionship.

Liquorose wept uncontrollably after last Saturday night party. She became emotional after she got drunk. The professional dancer was seen crying in the toilet. When asked why, she told Tega and Jackie B who came to check up on her that she’s just being emotional. She added that she misses her dad, even as she vowed to make him proud.

Other housemates like Saskay, Cross and Angel also got tipsy aftermath the party.

In between the first eviction, the host, Ebuka Obi-Uchendu introduced four new housemates into the show. They included Michael, Kayvee, Jumoke aka JMK, and Queen.

With Maria refusing his advances, Pere has revealed he regretted picking her as his deputy, and wished he had picked Peace instead.

Pere made this known during his conversation with Cross and Boma. He further disclosed that he chose Maria as a deputy with the hope that she would agree to his love advances since they would be sharing the HoH lounge exclusively together. According to Pere, he thought he would enjoy the private space with Maria, but she was not welcoming.

The housemates were divided into three groups namely Team Gold, Team Smooth, and Team Foreign Extra Stout. They were given a task to present a song that represents the theme of their group. At the end of the presentation, Team Gold won, making Biggie to award them N.5 million each with six months supply of Guinness.

Nini, Arin, Emmanuel, Princess, Tega and Saskay have been nominated for possible eviction, which comes up tomorrow, Sunday August 15.

Being the current HOH, Pere was free from being nominated for eviction, and also the new housemates: Queen, JMK, Michael and Kayvee. However, Pere used his veto power to save Saga and replaced him with Saskay. Now, the question is: who leaves the Big Brother House tomorrow.