Bandits Attack Some Travellers In Ekiti- The Legend News 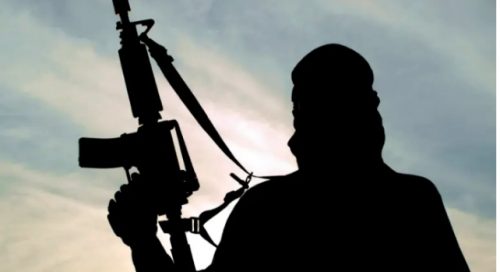 Gunmen suspected to be kidnappers  have reportedly attacked travellers in Ekiti State.

The attack happened  between Ewu-Ekiti and Aiyetoro-Ekiti, neighbouring communities in Ilejemeje and Ido/Osi Local Government Areas of the state.

The State Police spokesman, ASP Sunday Abutu confirmed the incident in a statement made available to Journalists on Saturday

He said the gunmen shot the driver of the vehicle, a LEXUS 330 SUV, dead.

It was equally gathered that the assailants took the two other occupants of the vehicle away.

ASP Abutu said police, in conjunction with local hunters and operatives of Amotekun Corps, were already combing the forest around the area to rescue the victims and arrest the gunmen.

The vehicle, with registration number LAGOS KRD 264 GV, was left at the scene facing the bush with only the dead body inside it.