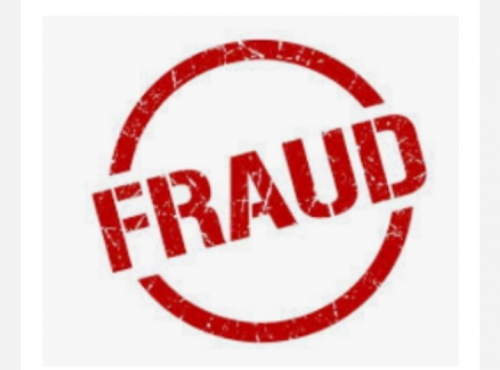 A 64 year-old Apostle, Olawale Ibikunle Talabi, who police claimed to have allegedly been on the run since 2017,  over alleged $94, 000 USD fraud, has been arraigned before a Lagos Federal High Court, Lagos,

The apostle, was arraigned alongside his company Palilar International Limited, on a two count-charge of Conspiracy and obtaining the sum of $94, 000 USD, by the men of Special Fraud Unit (PSFU), Ikoyi Lagos, of the Nigeria Police, before Justice Abimbola O. Awogboro.

The prosecutor, Barrister Chukwu Agwu, while arraigning the defendant, told the court that sometimes in 2013, the defendant fraudulenty obtained the sum of $94, 000. USD, from a limited company, Lead Ore And Copper (Tianji) International Company Limited, by false pretence of supplying the firm some metric tones of Lead ore, which he failed to supply as promised.

The prosecutor, Barrister Agwu told the court that the Offences commited by the defendant are contrary to and punishable under section 8 (a) of the Advance Fee Fraud and Other Related Offences Act 2006.

The defendant denied the allegations and pleaded not guilty to the charges.

Following the defendant’s not guilty plea, his lawyer, Mr. George M. Oguntade (SAN) has the court to grant his client bail in the most liberal terms, as the charges of conspiracy and obtaining by false pretence are bailable offences.

Oguntade (SAN) also told the court that the affidavit in support of the bail applicants demostrates equivocally that the charges arose from a simple contract. Adding that when the contract was awarded for the supply of Iron Ore, money were paid but disappeared into the tiny air from the third party that received the money, one Funmi and Co., but the police insisted that his client should pay all the money.

The lawyer, while appealed to court to grant his client bail told the court that his client has never jump bail as claimed by the prosecution. And that the defendant, being an Apostle in his church, who did not have any criminal record, will always attend court till the determination of the charges against him.

The prosecutor, Mr. Agwu, in his response to the bail application, urged the court to discountenance the application, adding that the defendant had jumped bail since he was arraigned before a Lagos Chief Magistrate Court, in 2017.

Agwu also to the court that the charge before it was filed before the one at Lagos Magistrate Court, the situation he said was due to the frustrating acts of the defendant.

He also told the court to refuse the application as the defendant has not put before the court enough fact to sway the Court’s mind to grant such.

However, Justice Awogboro, while ordered that the Apostle be remanded  in the custody of the PSFU, adjourned the matter till October 12, for ruling on the bail application.