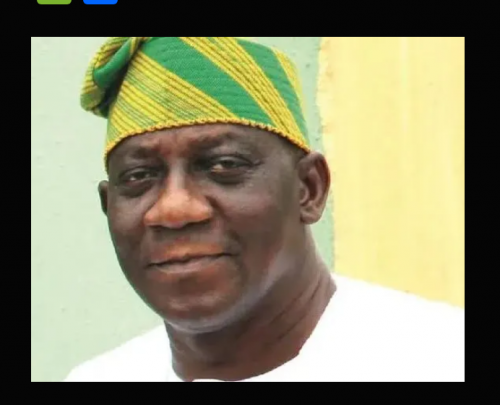 Five days after his kidnap at Langbasa area of Lagos, retired Air Vice Marshal (AVM) Sikiru Smith, has regained freedom, The Nation has learnt.
Smith was rescued from the waterside at Langbasa where his kidnappers abandoned him around 4am on Saturday by police operatives.
The Nation reports that hooded gunmen who kidnapped the former Chief of Logistics of the Nigerian Air Force (NAF) whisked him away in a boat to an unknown destination.
To ensure his safe rescue, the Inspector General of Police (IG) Alkali Usman deployed detachments of marine police operatives and special squads from Abuja to assist the Lagos Command.
Confirming his release, Lagos Commissioner of Police Hakeem Odumosu said Smith has been reunited with his family, adding that efforts to apprehend the kidnappers were still on.
He said operatives had been on the trail of the culprits but were more concerned about his safe return.
“There are certain information I cannot give you but I am confirming that he has been rescued and reunited with his family.
“The operation started around 2am, he was eventually dropped at Langbasa waterside around 4am with some other persons.
“We will ensure the perpetrators are all rounded up,” Odumosu said.