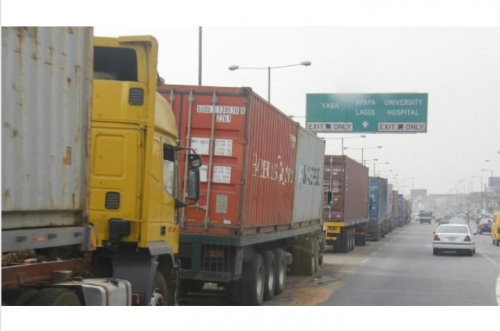 The  National Association of Government Approved Freight Forwarders (NAGAFF), on Saturday said that 60 per cent of bonded terminals it visited in Lagos State lacked capacity.

This is contained in a statement signed by Alhaji Ibrahim Tanko, Coordinator of the team in Lagos on Saturday.

The News Agency of Nigeria (NAN) recalls that the NAGAFF 100 per cent compliance team was established to ensure compliance to government regulations in the port.

According to him, some of the bonded terminals still hire equipment for operations and during the rainy season, it becomes difficult to access the terminal for cargo examination due to flooding.

“Today makes it one year three months, that we began our compliance work and since inception, we have been campaigning for members as well as stakeholders to do the right thing.

“Unfortunately, the campaign is not yielding expected results, as people continue with such irresponsible act.

“The stance of NAGAFF 100 per cent compliance team is that there is no going back in fighting this bad attitude. We want everybody to do the right thing for seamless operations at the port,” he said.

The coordinator also decried the behaviour of some freight forwarders who forged clearing documents or even custom officers’ signatures just to cut corners.

Tanko alleged that he often got threats from his own members for telling them to do the right thing.

On the issues of complaints from freight forwarders, Tanko said he was always available to listen and solve genuine ones.

“The unfortunate thing is that some complaints by members are often embarrassing,” he said.

He said that those calling for the removal of Customs Strike Force and the Federal Operations Unit from the ports should desist from it and comply with all guidelines.

“We need to discipline ourselves for smooth operations because the more we do the wrong things, the more issues we will have,” he said.

He urged government to look into the issue of valuation, adding that a situation where the TinCan and Apapa ports had different values on an item was not good enough.