A professor at the Ladoke Akintola University of Technology, Ogbomoso slumped and died on Friday while observing the Jumat Prayer- The Legend News 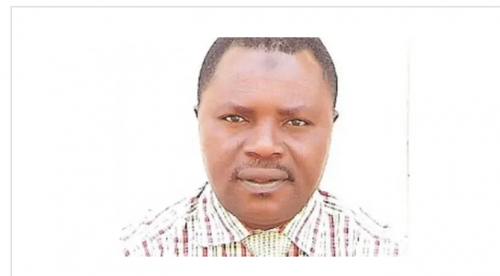 A professor at the Ladoke Akintola University of Technology, Ogbomoso, Abass Olajire, slumped and died on Friday, 17 September, 2021 while observing the Jumat Prayer.
He was 59 years old.
Sources at the university confirmed to The PUNCH that the Professor of Industrial/Environmental Chemistry died while observing Juma’at prayer on Friday.
Family sources said the late scholar would be buried in Ibadan on Saturday, 18 September, 2021 according to Islamic rites.
Olajire was recently listed among the top scholars in the world, according to a ranking released by Elsevier B. V (Netherlands) and a team of researchers led by Prof. John P.A. loannidis from Stanford University, United States.
He was ranked 128th of 66,925 of the top world scientists in the world in March 2021.
LAUTECH’s Public Relations Officer, Lekan Fadeyi, also confirmed the professor’s death to The PUNCH.
Fadeyi said, “The University Management is devastated at the sudden death of
Abass Abiola Olajire, a renowned researcher and erudite Professor of Industrial/Environmental Chemistry, whose research interest was in Petroleum Chemistry and Green synthesis of Nanoparticles/Application.
“Acting Vice-Chancellor, LAUTECH, Professor Mojeed Olaide Liasu, who became perplexed at the receipt of the sad news, said Professor Abass was a shining star in the institution, and described his passage as a big blow.
“He prayed Almighty Allah to overlook his transgressions and forgive his sins, preparatory to granting him a space in Aljanah Firdaous.”
Olajire was a recipient of the Best Lecturer award by LAUTECH branch of National Association Mathematics Students, 1994.
He was a member of Nigerian Association Petroleum Explorationists, Chemical Society Nigeria, Oluyole Club, New York Academy of Sciences, and Chemical Society Nigeria.
Source: Punch