2023: Doyin Okupe Claims He is the Best Candidate Handpick by IBB for Nigeria President-The Legend News 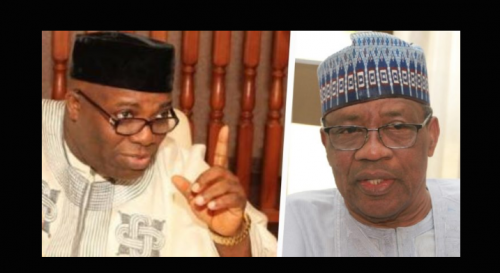 Mr Doyin Okupe has Claimed that he was the Best Candidate Handpick by IBB for Nigeria President.

Former presidential media aide Doyin Okupe says he is in the consideration of former military president Ibrahim Badamasi Babangida for Nigeria’s presidency in 2023.

“I believe when IBB was making that speech, he was talking about me. I haven’t spoken with him in a long time, I agree with all his points,” Mr Okupe said Friday morning when he appeared on a live television programme on Arise News TV.

Mr Babangida, who turned 80 recently, is revered in many parts of the country for his cunning political dexterity and vast network of associates.

He is blamed for the entrenched culture of corruption in the Nigerian establishment, though he says corruption under subsequent governments is far worse than his regime’s.

“I have started visualising a good Nigerian leader, a person who travels in this country and as a friend virtually everywhere he travels,” Mr Babangida told Arise TV in an exclusive interview days ago. “He knows at least one person that he can communicate with. A person who is very vast in economic and a good politician who should be able to talk to Nigerians.”

“I have seen one or two or three already in their 60s,” the military strategist further announced.

Mr Okupe said the criteria laid out by Mr Babangida fits his profile perfectly and that the ex-junta leader must have had him in mind while reeling out the qualities for the next Nigerian leader.

“I am part of the three individuals IBB was talking about. I am the most prepared person for the job,” the 69-year-old Mr Okupe boasted.

Driving home his point, the medical-doctor-turned-politician asserted that he is popular and has friends around the country and beyond.

“There is nowhere in the country I don’t have contact,” he said.