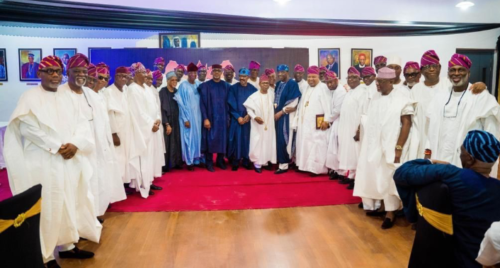 The Ijebu Heritage group held its annual award dinner at the The Metropolitan Club Lagos to showcase its contributions to the society and recognize 9 of its distinguished members for their outstanding personal achievements.

The Chairman of Ijebu Heritage Group Otunba Olalekan Belo was ably supported by eminent dignitaries and members who graced the occasion.

Dr Biodun Shobanjo of Troyka Holdings who chaired the ceremony in his comments further emphasized the tremendous contributions of Ijebu Heritage Group over the years as its members continue to provide inspirational leadership in all fields of endeavour.

Congratulations to all the Awardees and Ijebu Heritage Group. Heritage…Olu Iwa!!!