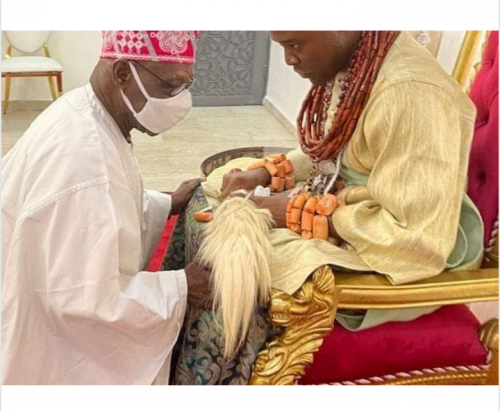 The former President of the Federal Republic of Nigeria, Chief Olusegun Obasanjo has paid homage to the newly crowned Olu of Warri, HRM Tsola Emiko at his palace.

Obasanjo who spoke glowingly of the Olu of Warri Kingdom was seen kneeing down to pay respect to the traditional leader. 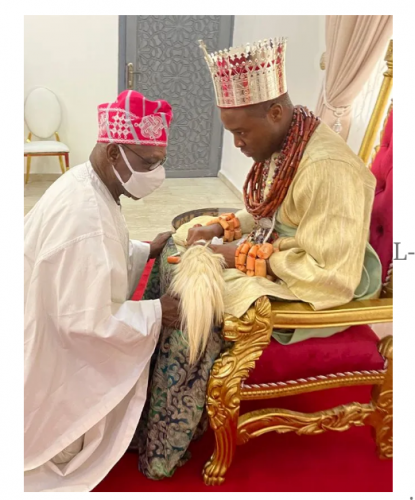 Olu of Warri, Tsola Emiko was chosen by the Ginuwa Ruling house and Warri Council of Chiefs and his people to become the 21st Olu of Warri, his coronation took place on the 21st of August