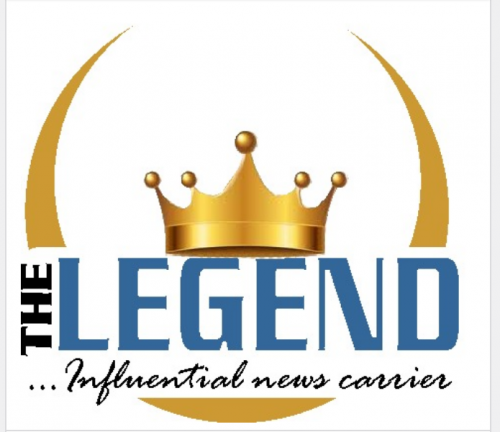 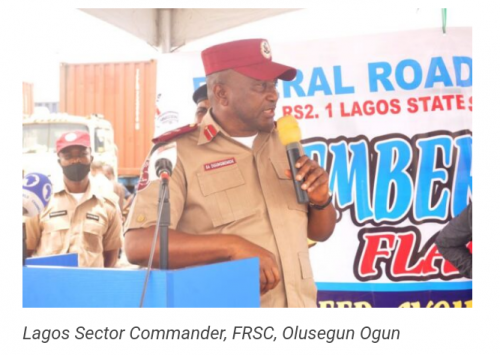 The event, which took place at the Truck Transit Park in Apapa, Lagos had various stakeholders in road transportation in attendance.

Speaking as the representative of the Lagos State Governor, Mr. Babajide Olusola Sanwo-Olu, the General Manager of the Lagos State Traffic Management Authority (LASTMA), Mr. Bolaji Oreagba said that the Governor placed high premium on safety of all the residents and all road users in the state.

Representative of Lagos Governor, Mr Bolaji Oreagba
He added that as part of safety measures, the state government had procured safety and travel management devices for all road users in the state.

These devices, according to Oreagba, would be used to regulate traffic and prevent road accident such as traffic Cones, C caution, security bodycam, synchronise traffic light amongst others.

The LASTMA boss revealed that the government was currently erecting road signs to inform and educate road users.

Speaking further, he reminded stakeholders that Ember months represent the last four months of the year.

“It’s believed that the months are full of calamity, and because of this, FRSC took it upon itself to educate road users, most especially drivers on the need to sensitize them towards having a crash-free journey.

Lagos Sector Commander, FRSC, Olusegun Ogun
“It is sad to know that road crashes are some of the leading causes of death in the world.

“At least with 1.3 million deaths in 2018 according to the year Noble status reports from the World Health Organization, Africa is the worst hit continents in road crashes at 26.6 percent.

“One out of four road crashes occur in Africa, therefore, there’s no denying the fact that Lagos, as an important contributor to the economy of Nigeria, would experience more people using the roads in the Ember months, who travel from one place to the other, while others are coming into the state for goods and services and merchandizing. It’s therefore wise for all to maintain safe trip and embrace minimum safety standard,” he said.

He explained that most road crashes are caused by human factors, some of which he said could be over speeding, and drinking of alcohol or driving under the influence of drugs, while some people travel inter states after an all night vigil.
He added that the advocacy embarked upon by FRSC to prevent road crashes during ember months was worthy of commendation, saying that it will prevent road crashes.

According to him, worthy of greater commendation is the effort of the FRSC in ensuring that road crashes are reduced year-in year-out thereby saving lives and property in the process.

Also speaking at the campaign, Lagos State Sector Commander of the FRSC, Olusegun Ogungbemide, said that the efforts being put in place by the corps were meant to ensure safety on the roads.

“Data gathering is not a matter of good or bad news, but it will enable the corps to restrategize and get a better planning for the future.

“We could not rely on data last year because of the four months total lockdown that was experienced in the year.

“So, if we decided to make use of last year’s data to make people feel good, I would be deceiving myself because we could not get a genuine data due to the four months total lockdown.

“Whatever we have here as data is to enable us plan against next year.

“Our efforts are geared toward reducing road crashes by 15 percent and fatality in clear crashes by 20 percent.

“That’s what we are targeting and ‘am sure with all the efforts being put in place, and with our collaboration with stakeholders, we would get there.

‘We are making the best use of all the agencies that have one role or the other to play.

“You know there’s aggression all over the country and if we don’t take care of aggression, we might not be able to perform effectively well. We are laying a strong foundation with collaboration with other agencies. 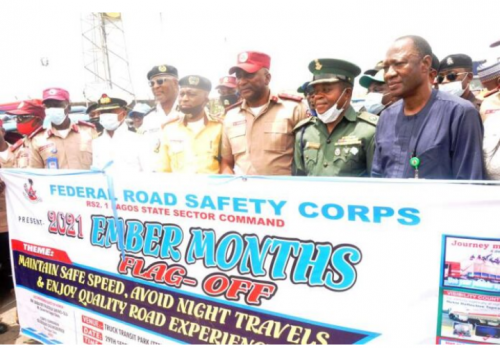 “In addition to that, we are collaborating with construction firms that are handling one road construction or the other on our roads.

“We have gotten approval, when we are tending toward end of the year, we may need to suspend the activities of many of them in order to create alignment for road users so that it could be easier for them,” he said.

He added that this was in addition to advocacy, and that they have got approval from the FRSC corp marshal to introduce motor bike ambulance for crash response in oder to reduce the corps’ response time.

He stated that presently response time is 15 minutes, but that they wanted to reduce it to as low as 5 minutes and that they could not achieve all these in the midst of traffic gridlock.

He revealed that the corps marshal just approved motorbike ambulance in case of crashes to save lives or alleviate pains, and that they should be able to get to the scene of the incident early and maneuver.

“There are two things to be achieved here; to save lives and to prevent someone from dying and ease traffic early enough.

“More officers have been deployed to Lagos. You are going to see more of our men all over the places on the road now.

“We are also seeing to it that all the agencies that would implement speed limit policy on the road are there to reduce crashes,” he said.

Federal Fire Service was represented at the event by the Head of Public Relations Unit of the Lagos Command, Mr. John Nwabueze who, along with his colleagues from the agency, taught the participants on how to put off fire in case there’s fire outbreak while driving.

In his advocacy presentation, he taught them to always quench fire from the source or base.

Responding, members of the National Union Road Transport Workers (NURTW), disagreed with the LASTM GM, Bolaji Oreagba on some of the issues raised and condemned the maltreatment of their members by LASTMA officials.