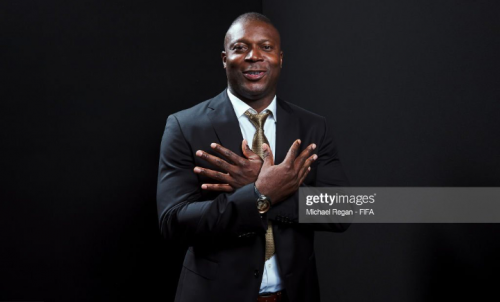 Yakubu Ayegbeni was born 22 November 1982 in Benin city, he is a Nigerian former professional footballer who played as a striker, His nickname is “The Yak”.

Here is an Exclusive interview with the football Legend. 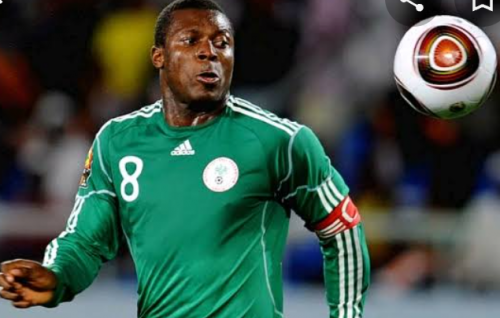 Q1:
You were born in a FIFA World Cup year. What are your first memories of the tournament?

Yakubu Ayegbeni (AY1):
My first memory is when I watched ex-players at the 1994 World Cup. You know, I was quite little, and it gave me back the memories. It’s a tournament where everyone wants to be, everyone wants to play. As a sportsman, you want to be at the World Cup. Growing up, watching Daniel Amokachi, Augustine Jay-Jay Okocha and Nwankwo Kanu, players like this, I always said to myself “I want to be part of that, to be a player and play at the World Cup.” You know, it’s my motivation. As a player, you want to play at the World Cup. It’s a big stage, a tournament everyone is looking up to. Everyone around the world is going to be watching. For me, to watch those guys and also play for the Nigerian national team, and also to be at a World Cup, is an honour. It’s like a dream come true.

Q2:
Can you cast your mind back to how you followed FIFA World Cup USA ‘94?

AY2:
USA ‘94 was quite late on where I was. I remember it all growing up, and we didn’t have lights that day, so we had to go to another street. It was a ten-minute walk, and it was quite late in the morning because of the time difference back then. So, everyone was tired. We would go back home late because of the time difference for the game. Watching Nigeria play at USA ‘94 was like an honour for us. Everyone was buzzing. It brings back memories. Football brings people together. Even when you’re struggling in life, once you see them playing football, you see football on TV, you want to watch and to be there at the World Cup… The World Cup is a big stage. Everyone, all over the world, is watching. It’s an honour to even watch these guys playing at the FIFA World Cup. For me, to be part of it as well, to play, years later is an honour. It’s a dream for every player to play at the World Cup. Where I grew up is like a community. We didn’t have lights. We had to trek all the way, ten minutes, to watch that game, but it’s a great feeling. 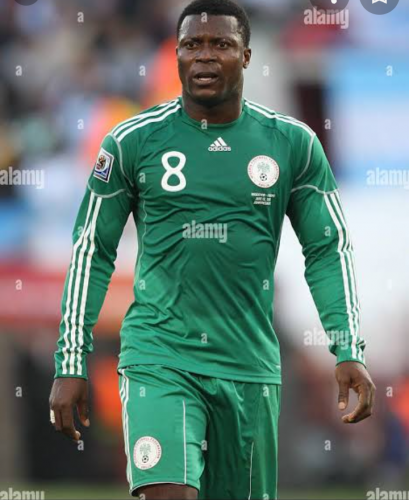 Q3:
How did those players – the likes of Amokachi, Emmanuel Amunike, Samson Siasia, and Peter Rufai – convince you that you could, one day, represent your country at the World Cup?

AY3:
I never met them before. I always saw them on TV. When I saw them on TV, it was a motivation for me. Growing up, watching Amokachi… Amokachi was one of my idols back then in Nigeria, someone I was looking up to. People think we play similar football, the way we fight our way, and we try to bully our way into the game. People always talk about us playing the same football. Amokachi was a mentor. Watching him, I wanted to be like this guy. So, it’s an honour to be there at the World Cup, watching this guy. It’s a big motivation for me.

Q4:
Can you talk us through the emotions and experiences you felt when you finally graced the World Cup stage in national colours for the first time?

AY4:
I was unlucky. When I say I was unlucky, I mean because I was supposed to be at the Japan/South Korea World Cup in 2002. I didn’t make the team, then I made the team in South Africa, for the World Cup in 2010. It was like a dream come true. This is what I’d been dreaming of all my life. I wanted to play at the World Cup. To be part of the Nigeria team that went to South Africa in 2010, to play against one of the best players in the world – I played against Lionel Messi, you know.

I saw Maradona on the TV, and then to see him in person, you know, I was smiling. I got a picture very close to Maradona when I tried to take the ball to throw, and it went in. He touched me when I shook his hand. It’s like a big dream, playing against one of the best players from all over the world, and, all over the world, people are watching. You want to show people around the world that you’re really, really good. For me, to be part of the Nigeria team that went to the World Cup in South Africa, was a dream come true for me.

Q5:
When the first FIFA World Cup took place on the African continent, what did that mean to Africans? And how important was that for all Africans?

AY5:
It means a lot. It was the first African country to host the FIFA World Cup. Everyone was so happy. And for me as well, to be part of the team that played in the first African country that hosted the World Cup in Africa, to be there and to play, was an honour. It’s like a dream come true for everyone. Everyone was so buzzing when we heard that South Africa would be hosting the World Cup, and we were looking forward to the tournament, to the World Cup, to playing, and to being there.

We didn’t go through to the second round, and we felt disappointed. But for me, it was an honour to be part of the team that went to the World Cup. It’s every player’s dream to play at the World Cup; it’s a big tournament all around the world. This is what you dream of, this is what you play football for, and this is what you want to do. You want to play on the big stage where everyone can watch you play, and you can show your quality. It was a great honour.

Q6:
How is the FIFA World Cup breaking down barriers between cultures and improving understanding between people from all over the world?

Q7:
Why is it important to enshrine football as part of our education?

AY7:
It is really important. It really brings everyone together. I’ve been to Tonga, and when you look at the kids, the young girls and young boys, you see how happy they are. Even if it’s just for two minutes or one hour, they enjoy it. We had a great time there. You see that everyone wants to be there. They want to play. Some of them don’t have shoes, but they enjoy football. It brings back the same memories for me: growing up without shoes when playing football in my city. In my city, when you see kids like this, you put a game together, and you educate them as well: “If you want to play football, then you also need to go to school.”

Q8:
FIFA has taken a step to moderate social media channels and filter out hate speech. How can that measure positively impact the players in Qatar?

AY8:
I think we need to speak more about this now, especially social media. We need to try to educate the younger ones – not only the young ones but the older ones too – everyone needs to be educated about what is right and what is not good. We have to learn how to be vocal a little bit to see this outside. And I think when we come together, we can change this. It’s not going to be easy, but we will keep trying.