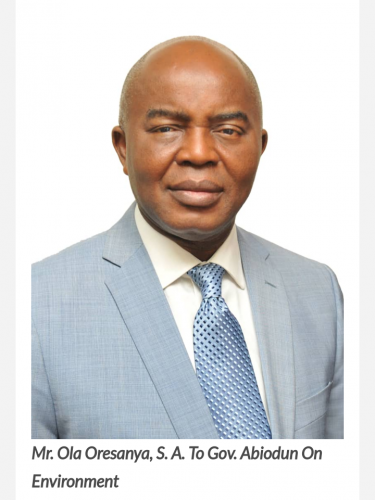 As part of efforts at stoping the spread of cholera in Ogun State, the State government has decontaminated affected areas with an assurance that bacteria-disease causing severe diarrhoea and dehydration will be curtailed.

Mr Ola Oresanya, Special Adviser to the Governor on Environment,  gave the assurance while supervising the decontamination of Ago-Afoju area in Sabo, Abeokuta.

Mr Oresanya who said the exercise is going on simultaneously in Magboro in Obafemi Owode Local Government Area where the first index case was discovered, said the State government took the decision to decontaminate Ago-Afoju, Sabo in Abeokuta and Magboro in Obafemi Owode Local Government to eliminate the potency of fomites and pathogens shed by infected individuals in their immediate households and communities from infecting others.

He said although the disease was imported to the state from other states of the federation, the state government has risen up to the challenges through the Ministries of Health, Environment and other Federal and International Health Agencies domiciled in the state.

Oresanya, while advising residents of the affected areas, especially those at Ago-Afoju in Sabo, Abeokuta, to improve on their sanitation, also admonished them to avoid open defacation and dirty environment that can aid the spread of Cholera, adding that the State government will continue to monitor the situations in those communities and enforce complaince with it’s Sanitation and Environmental laws when necessary.

Responding, Alhaji Ibrahim Hassan Hassan, the Seriki Hausa of Egbaland, thanked the State government for it’s quick response in curbing the disease from spreading in the two affected areas mostly habited by his kinsmen and assured of improved personal, public and environmental hygiene in the two communities.