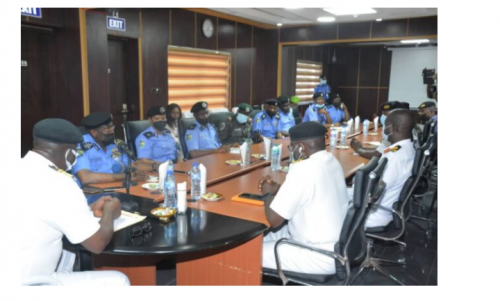 The Flag Officer Commanding Western Naval Command, Rear Admiral Jason Gbassa has expressed the need to build on the existing level of cooperation between the Nigerian Navy and the Nigeria Police. This was contained in a press statement by the Command Information Officer, Commander Edward Yeibo.

He made this remarks when the Assistant Inspector General of Police Zone 2 Lagos, AIG Johnson Kokumo paid him a courtesy call at the Headquarters Western Naval Command, Apapa Lagos.

Admiral Gbassa reiterated that the cooperation between the Nigerian Navy and the Nigeria Police was envisaged during the EndSARS protest in Lagos where the military, police and other security stakeholders were able to collaborate to respond proactively to salvage the situation not to get to the level the criminal elements wanted.

Admiral Gbassa, also commended the 2 organizations working seamlessly in the course of duty. The Flag Officer Commanding further buttressed the understanding and cooperation that exist in the higher level of both organizations for a peaceful coexistence. 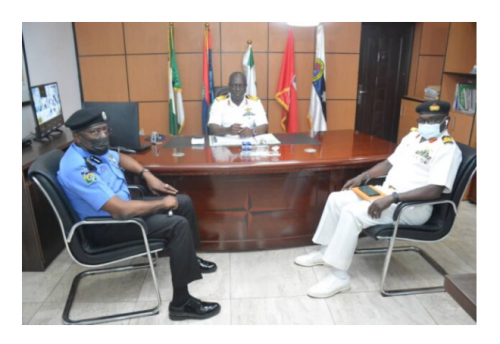 He also used the opportunity to call for the establishment of formal and informal lines of communication amongst security stakeholders. He added that, when we have formal and informal events we should invite each other so as to interface and relate efficiently for the interest of the nation.

Similarly, the Assistant Inspector General of Police thanked the Flag Officer Commanding for the cooperation, understanding and synergy that has existed between both organizations.

Kokumo stressed that the Police plays a major role in internal security and cannot do it alone. 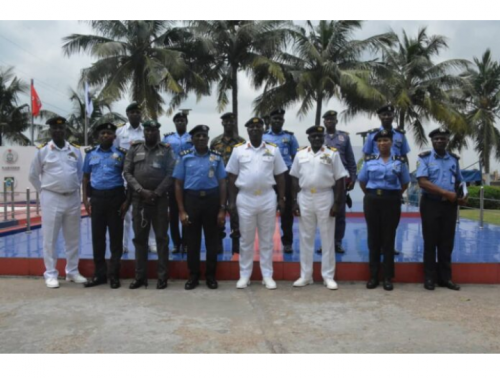 He emphasized that the police have enjoyed the cooperation and synergy with the Nigerian Navy in the past and he is here to solicit for more.

He added that he will continue to identify areas where both organizations can collaborate with efforts to ensure that we continue act positively on the security of lives and properties.